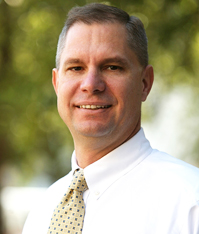 Scott Smith, who currently serves dual roles as the Governor’s Deputy Chief of Staff and Director of the Arizona Department of Administration (ADOA), has been promoted to Chief of Staff. In this role, he will oversee day-to-day operations of the Governor’s Office and executive agencies, as well as work closely with Governor Brewer in the development and implementation of her policy agenda and strategic initiatives. Mr. Smith succeeds Eileen Klein, who is departing the Governor’s Office after nearly four years of service to Governor Brewer and her administration. The changes are effective November 9, 2012.

“This is truly a bittersweet transition,” said Governor Brewer. “I am honored to announce Scott Smith as my new Chief of Staff, and I am confident my administration and the citizens of Arizona will benefit from his expertise. But I also know I will miss Eileen Klein on a personal and professional level, and my administration will miss her steady hand and leadership.”

A fixture of the Brewer administration, Mr. Smith was the leading figure this year behind the Governor’s successful effort to reform and update Arizona’s antiquated personnel system for State employees. Previously, he served Governor Brewer as Director of Legislative Affairs and Deputy Chief of Staff for Legislative Affairs. Mr. Smith brings more than two decades of State government experience to his latest role. Prior to joining the Governor’s Office, he served as: Director of State Relations for Arizona State University; Legislative Liaison for the Arizona Department of Corrections; and Legislative Liaison for the Arizona Department of Administration. He began his career as a staff member for the Arizona House of Representatives.

Mr. Smith was honored earlier this year to be awarded the distinguished Toll Fellowship, one of the nation’s premier leadership programs for the development of state government officials. He earned his Bachelor of Science degree in Political Science from ASU, is a lifetime member of the ASU Alumni Association and coaches his daughter’s softball team.

“Scott has built a sterling reputation over his last 20 years in Arizona State government. Like me, he’s a fighter and a reformer – and I’m going to count on him to keep doing both as we re-make State government so that it serves our citizens more effectively and efficiently,” said Governor Brewer. “Scott was the natural choice for Chief of Staff. Through times good and not-so-good, he has demonstrated leadership, character and dignity in serving this administration and the people of Arizona. I have no doubt that will continue as he assumes this challenging new role.”

Departing the Governor’s Office is Eileen Klein, who was recently selected as the President of the Arizona Board of Regents. Ms. Klein has served as a senior member of the Brewer administration since its beginning. She joined the staff in January 2009 as Director of the Office of Strategic Planning and Budgeting, and later was promoted to Deputy Chief of Staff for Policy.

Ms. Klein was named Chief of Staff in October 2009 amid some of the administration’s most difficult days, during which Governor Brewer confronted the State’s deepest economic recession in memory and a budget crisis judged among the nation’s worst. Faithfully guiding and implementing the Governor’s initiatives, Ms. Klein was instrumental in each of the administration’s signature achievements of the last four years – none bigger than the State’s fiscal recovery.

“It’s not easy to put into words what Eileen has meant to my administration,” said Governor Brewer. “She has been at my side through this administration’s darkest times and most gleaming victories, but has never wavered in her dedication and loyalty, nor her belief that the State of Arizona is worth the fight. Her leadership has helped change the direction of the State and prepare for its future. I am grateful for her service and honored to have had the opportunity to work so closely with her during these last four years.”

·        A financial turnaround that resolved a 40 percent budget deficit through the adoption of the Governor’s 5-Point Plan, restoring fiscal stability and creating an $800 million cash balance;

·        The Arizona Ready education program, which raises standards for teachers and students, improves transparency for parents and establishes tough statewide goals in areas such as 3rd grade literacy and graduation rates for high school and college;

·        Transformational health care reform that, with the federal government’s approval, enabled the State of Arizona to modernize Medicaid and behavioral health programs while reducing costs, improving care and preserving the safety net  for Arizonans in need;

·        Historic economic legislation that created the Arizona Commerce Authority and instituted the largest tax reductions and regulatory reforms in state history to make Arizona among the most economically-competitive states in the nation; and

·        Child-safety reform that redesigned the child welfare investigation process to eliminate case backlogs and improve responsiveness to children at risk of abuse and neglect Prior to joining the Brewer administration, Ms. Klein was Chief Operating Officer for Arizona Physicians IPA by United Healthcare. She also served for three years as Vice President of State Affairs, representing all United Healthcare lines of business in government relations and public policy in Arizona, Utah and Idaho. Ms. Klein’s public service spans more than 15 years in government for the states of Arizona and Florida. Notably, she was Director of Policy for the Arizona House of Representatives, a role in which she served four House Speakers as chief adviser to the majority leadership, oversaw development of the State budget and directed the House policy team in advancing legislative initiatives and reformsIn 2008, Ms. Klein was named Public Policy Leader of the Year by Arizona Capitol Times, and the Arizona Chamber of Commerce and Industry’s Volunteer of the Year. She holds an undergraduate degree in French and Business from Florida State University and a Master of Public Administration degree from ASU. 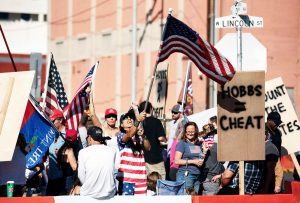 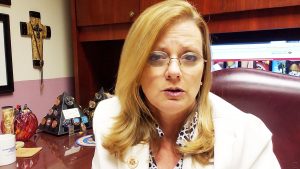 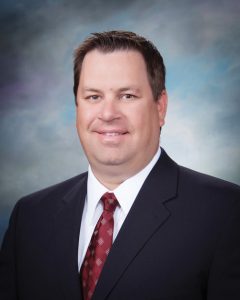 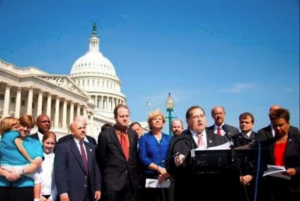 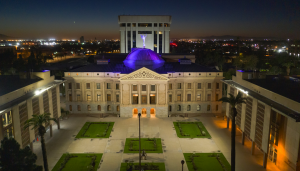 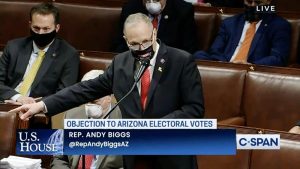 Biggs, the former Arizona state Senate president, is the former head of the far-right House Freedom Caucus, which was arguably Trump’s most supportive faction in