Because that’s the day the Third Annual Scottsdale Polo Championships: Horses & Horsepower returns bigger, badder and better than ever. And with a great new title sponsor, Scottsdale Ferrari Maserati. 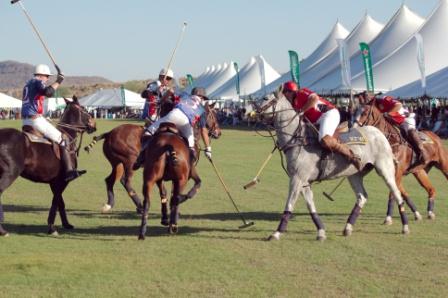 Last October the Scottsdale Polo Championships drew the biggest crowd in the country for a one-day polo event with approximately 9,180 fans enjoying the three-match showdown at the annual Polo Party.

This year, with an expanded event schedule and an amped-up polo lineup including the sport’s top players and more vendors, more sponsors, and the 2013 Arizona Porsche Concours d’Elegance car show, America’s most-attended polo event is expected to draw up to 15,000 polo fans and revelers to WestWorld of Scottsdale.

With the breathtaking backdrop of McDowell Mountains and beautiful white tents lining the field, the Polo Party will again be a weekend destination for both local residents and tourists.

It all gets started on Friday, November 1st, when gates open at 3:00 p.m. for a sneak 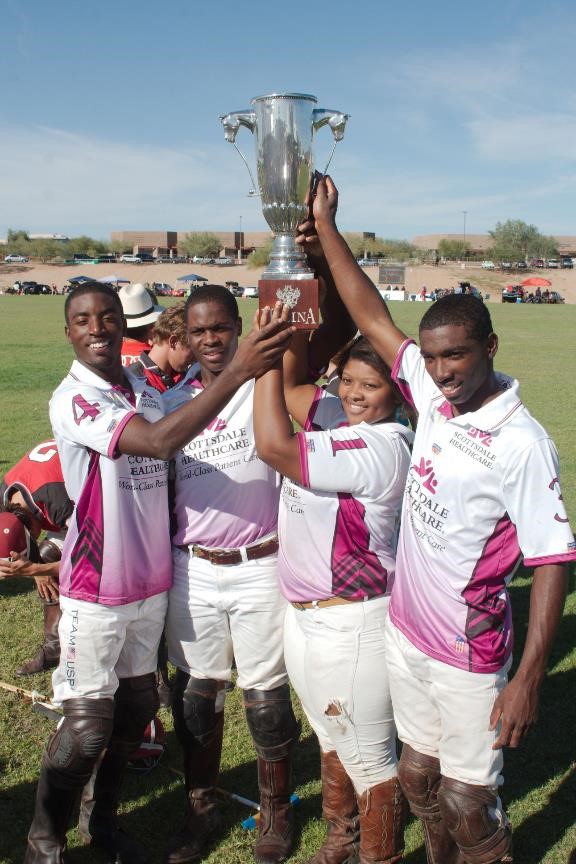 preview of the Championships and a fashion show. There will be an all-star match at 4:00 p.m. and then a 5:30 p.m. introduction of the players. It will culminate with a 6:00 p.m. Sunset Equestrian Fashion Show presented by Phoenix Fashion Week.

On Saturday, November 2nd, gates open at 10:00 a.m. for the Scottsdale Ferrari MaseratiPolo Championships: Horses & Horsepower. The first match on the docket will pit America’s high school champions, Work to Ride, against the country’s 2012 college champions, theUniversity of Virginia. The Work to Ride team has been featured on ESPN and “60 Minutes” and is repeat National Interscholastic Polo Champions. The University of Virginia team (sponsored by Scottsdale Maserati) was 2012 NCAA Champions. The team is also the winner of 10 Men’s National Championships, with 22 total trips to the finals.

The next match, at 1:00 p.m., will feature a Battle of the Sexes with a Women’s All-Star Team vs. Arizona Polo Club(men). Leading the women’s team will be Sunny Hale, currently ranked #1 female polo player in the United States. She was the first woman in U.S.
history to win the prestigious US Open Polo Championships and she attained the 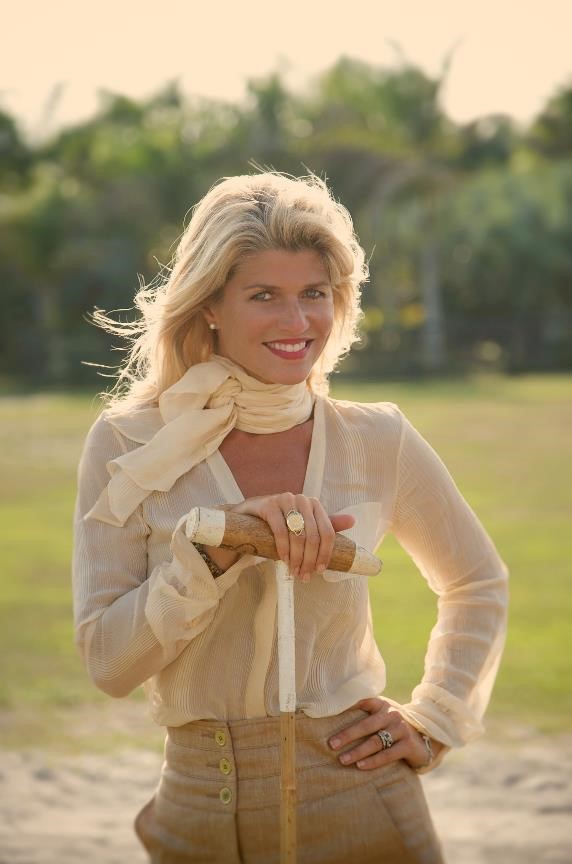 highest rating ever given to a woman after winning the U.S. Open Polo Championship with Outback Steakhouse Polo Team in 2000.

At 3:00 p.m., the U.S. Military Polo Team will square off against the Clogau Wales Polo Team (United Kingdom). Jeff Hall, one of the best polo players in the world, and one of just a few top-rated Americans, will be captaining the U.S. Military team. Hall has played every major tournament in the U.S. and Argentina and is a six-time winner of the USPA Silver Cup (2005, 2004, 2003, 2000, 1999, 1997) and a 2003 winner of the U.S. Open. The Clogau Wales Polo Team, sponsored by Scottsdale Ferrari, is captained by Ricky Cooper, who has been the team’s captain since inception. The team is a member of the Hurlingham Polo Association, the prestigious governing body for polo in the U.K. and other European countries. Prince Charles is the Patron of the team and the Association. The Clogau Wales
Polo Team finished runner up in the 2012 British Beach Polo Championships and boasts an
overall record of 14 wins against 4 losses and a draw. 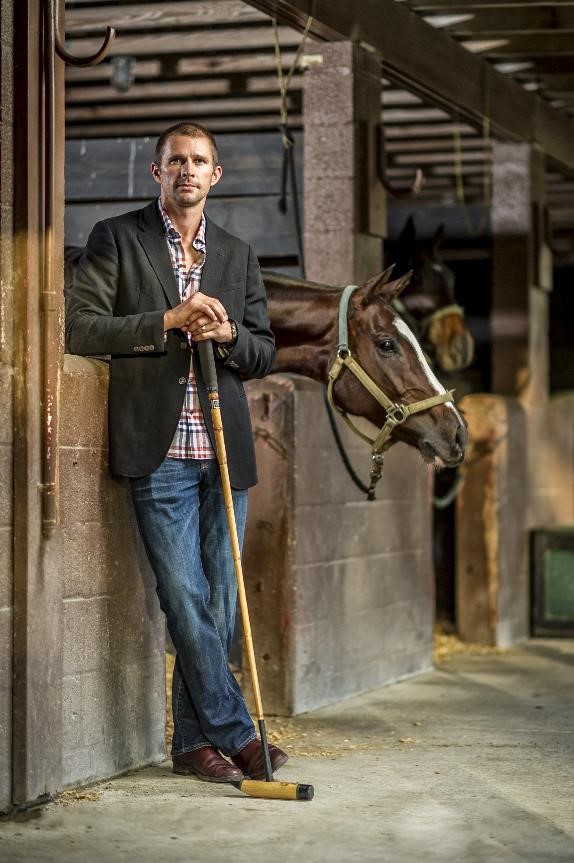 “I can’t wait to play at Scottsdale, which is turning into a premiere tournament for polo players,” said Hall. “We look forward to facing off against the Clogau Wales Polo Team — it should be an action-packed match and amazing weekend. I’ve read about the Scottsdale Polo Championships and want to experience it for myself. Polo is an intense sport and it’s great to see it played in the Southwest, which is a perfect location because of the unbeatable weather.”

Sunny Hale agrees. “Polo is an amazing sport that has given me the opportunity to travel around the world competing,” said Hale. “I look forward to a great weekend participating in this year’s Battle of the Sexes at the Scottsdale Ferrari Maserati Polo Championships. It should be a lot of fun and I look forward to meeting our opponents on the field!”

But heart-stopping polo action isn’t the only feature at WestWorld on Nov. 2. Attendees will also enjoy a sneak preview of the 2014 Scottsdale Arabian Horse Show and see some serious
horsepower with a preview of the world-famous Barrett-Jackson 2014 Collector Car Auction along with local car clubs lining the field. This year will also feature the 2013 Arizona Porsche Concours d’Elegance car show.

Earlier this month, the Scottsdale City Council ratified a $75,000 tourism grant for the 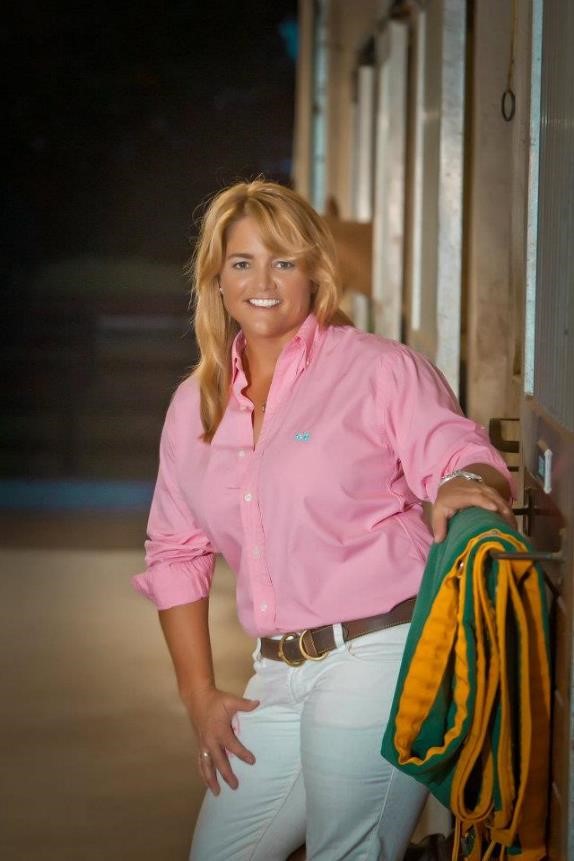 “The Scottsdale Ferrari Maserati Polo Championships: Horses & Horsepower is becoming a signature fall event for Scottsdale,” said Rachel Sacco, president and CEO of the Scottsdale Convention & Visitors Bureau. “Each year, the event is driving more out-of-town visitors and attracting national attention. Polo is an exciting sport and a great fit for our community.”

Sponsored by the City of Scottsdale, Barrett-Jackson Collector Car Auction, Scottsdale Arabian Horse Show, Scottsdale Ferrari and Maserati, Molina Fine Jewelers and many others, theScottsdale Polo Championships: Horses & Horsepower debuted in November of 2011 with approximately 2,300 people in attendance. Scottsdale is the most attended step on the Professional Golf Association Tour every year and in October of 2012, after receiving national and international exposure, the 2nd Annual Scottsdale Polo Championships was the most attended one-day polo event in the United States and included a three-match showdown featuring some of the biggest names in American
polo such as Nic Roldan, Tommy Biddle Jr., and Work to Ride, out of Philadelphia.

Or for more information go to: www.thepoloparty.com.

For more information on traveling to Scottsdale visit www.ExperienceScottsdale.com.

About the Scottsdale Polo Championship: Horses & Horsepower
Sponsored by the City of Scottsdale, Barrett-Jackson Collector Car Auction, Scottsdale Arabian Horse Show, Scottsdale Ferrari and Maserati, Moline Fine Jewelers and many others, The Scottsdale Polo Championships: Horses & Horsepower debuted in November of 2011 with approximately 2,300 people in attendance. In October of 2012 after receiving national and international exposure the 2nd Annual Scottsdale Polo Championships was the most attended one day polo event across the United States and included a three match showdown featuring some of the biggest names in American polo like Nic Roldan, Tommy Biddle Jr., and the first African American polo team in U.S. history, Work to Ride. Returning for its third year The Scottsdale Polo Championships is again expected to garner worldwide attention as the top polo players in the world will descend on WestWorld of Scottsdale. Join us on Friday, November 1st for a Sunset Fashion Show, Introduction of Players & All-Star Polo Match featuring Saturday’s Finest Players. Return for the Polo Party on Saturday, November 2nd. Peruse the Porsche Concours d’Elegance and get a sneak preview Barrett-Jackson’s Collector Car Auction. Work to Ride takes on the University of Virginia, NCAA champions. Then it’s Battle of the Sexes: International Women’s All-Star Team vs. Arizona Polo Club Men. The woman’s team will feature the finest female polo player in the United States (Sunny Hale) as well as an internationally-recognized model and professional polo player (Melissa Hornung). The U.S. Military Polo Club and the Clogau Wales Polo Team battle it out in the feature match. The latter plays with Princes Charles, William and Harry. The former will be captained by Jeff Hall, a top American polo player and model. Stick around for a Children’s Fashion Show and On-site After Party.

About WestWorld of Scottsdale
WestWorld is a premier, nationally recognized, user-friendly equestrian center and special events facility serving the Scottsdale community and visitors. The property annually hosts Barrett-Jackson, the largest collector car auction in the world each January with approximately 275,000 people in attendance. One month later WestWorld readies for the largest Arabian Horse Show in the country and last year 250,000 people attended the show over a two week period.