Court: Homebuilders have no standing in Santa Cruz River case 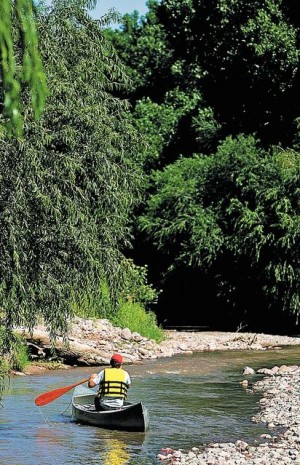 Homebuilders have lost another bid to stop federal agencies from designating two stretches of the Santa Cruz River as “navigable.”

In a 21-page ruling, U.S. District Court Judge Ellen Huvelle never addressed the question of whether the parts of the river in question fit the legal definition. Instead, she ruled that the National Association of Home Builders had no legal standing to challenge the decision by the Army Corps of Engineers and the Environmental Protection Agency.

Huvelle said affected property owners would have the right to challenge the designation.

But the judge said that the developers who were part of the lawsuit the government failed to show that they actually had been harmed by the federal action. And that, she said, gave them no more right to sue than the associations.

The issue is more than academic. Once a stream is determined to be navigable, it falls within the scope of the federal Clean Water Act. That law imposes restrictions on any discharges into water that eventually winds up in those streams, covering everything from pollutants to rocks and sand.