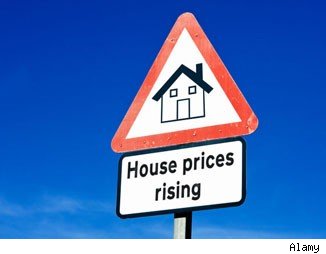 WASHINGTON (AP) – U.S. home prices jumped 12.2 percent in May compared with a year ago, the biggest annual gain since March 2006. The increase shows the housing recovery is strengthening.

The Standard & Poor’s/Case-Shiller 20-city home price index released Tuesday also surged 2.4 percent in May from April. The month-over-month gain nearly matched the 2.6 percent increase in April from March- the highest on record.

The price increases were widespread. All 20 cities showed gains in May from April and compared with a year ago.

Prices in Dallas and Denver reached the highest level on records dating back to 2000. That marks the first time since the housing bust that any city has reached an all-time high.

NEXT ARTICLE →
Phoenix No. 3 in U.S. for new construction jobs