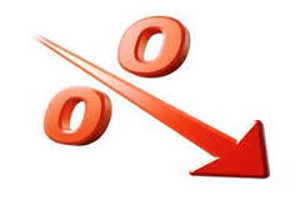 Average mortgage rates fell to the lowest level since mid-November last week as unease over economic growth in the U.S. and market turmoil abroad drove investors to load up on government bonds, pushing down long-term interest rates.

The average rate on a 30-year fixed-rate mortgage was 4.47% last week, down from 4.52% the prior week, the Mortgage Bankers Association said Wednesday. Mortgage rates are tied to yields on the 10-year Treasury note, which closed at 2.64% on Tuesday amid market jitters.

But the moderate decline in mortgage rates hasn’t yet triggered any meaningful gain in home-loan refinancing. Applications for refinancings were up 3% from a week earlier but remain at extremely low levels. Refinancings accounted for 62% of loan applications last week, unchanged from the prior week.