Tempe – Transwestern of Houston, Tex. (Robert Duncan, chairman) intends to develop 290 apartments in a $60 million project in Tempe that will have live/work units and commercial use. The development is planned on the north side of the Tempe Town Lake. If approved by the City of Tempe, the five-story project will be built on 4.49 acres located south of the 202 Red Mountain Freeway, west of Rural Road and east of the Town Lake Marina. The oddly-accessed site, which is now used as the Papago Riding Stable, has a physical address of 551 N. College Avenue. Transwestern has agreed to buy the land in a $10+ million deal that is contingent on zoning approval. The parcel is owned by Scotts Landing LLC, a entity formed by the Scott family of Tempe and Jackson, Wy. (Wayne Scott, Donald Scott, Vonona Scott, et al., members). Papago Riding Stable, which was established in 1965 by Bill Scott, has miles of equestrian trails and access to more than 2,000 acres in the foothills of Papago Park. The sale is expected to close later this year after zoning is in place. The deal is being brokered by Brad Wilde of Land Advisors Organization in Scottsdale. Continue reading 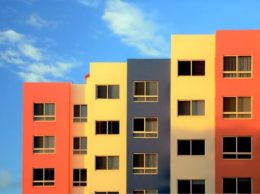