NEWS RELEASE – A new era will begin in the Arizona Attorney General’s Office in less than two weeks and Attorney General-elect Mark Brnovich continues to build his team. Brnovich named Courtney McKinstry to the role of Legislative Liaison and Dawn Northup becomes the Chief of the Civil Agency Division.

“With Courtney and Dawn, the Attorney General’s Office gains the knowledge of two experts in their fields who have proven their commitment to improving our state,” Brnovich said.

Courtney McKinstry comes to the Attorney General’s Office from the Arizona House of Representatives where she spent two years as the Legislative Majority Research Analyst. McKinstry examined public policy issues to determine the impact of proposed legislation, and, if necessary, she provided alternatives to that legislation. She served the Committee on Public Safety, Military, and Regulatory Affairs, as well as the Committee on Insurance and Retirement. Before working at the Arizona House of Representatives, McKinstry was the Legislative Assistant at the Arizona Department of Emergency and Military Affairs.

Brnovich named Dawn Northup as Chief of the Civil Agency Division. Dawn previously worked in the Attorney General’s Office as Assistant Attorney General during the terms of Grant Woods and Janet Napolitano, arguing the state’s position in appellate cases in the Arizona Court of Appeals and Arizona Supreme Court. Northup then served as the Appeals Board Administrative Law Judge for the Department of Economic Security. For the past two years, Northup has used her legal expertise as General Counsel at the Arizona Department of Corrections.

“Dawn’s experience in the Attorney General’s Office makes her the ideal candidate to lead the Civil Agency Division, ” Brnovich added. “In the course of her impressive career, we have seen her consistently make choices in the best interest of Arizonans.” 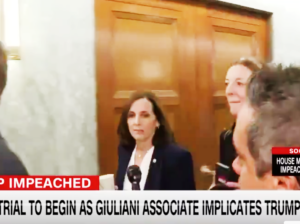