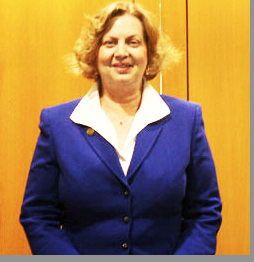 The Arizona Corporation Commission chair told federal regulators there is “simply no way” the state can comply with proposed new clean air rules without “irreparable disruption” to the state power system’s reliability.

Susan Bitter Smith’s testimony to the Federal Energy Regulatory Commission came Thursday at that agency’s hearing on the Clean Power Plan proposed by another federal office, the Environmental Protection Agency.

Bitter Smith said that in order to meet the goals in the EPA proposal, which targets greenhouse-gas emissions, every coal-fired power plant in the state that is not on tribal land would have to shut down by 2020. That would drive up costs to consumers and leave the state’s power system in a precarious position, she testified.

“If we had to meet the EPA’s standards as they’re required right now … we couldn’t keep the lights on in the state,” said Bitter Smith, part of a panel testifying on environmental regulations and electric reliability.

The EPA said in a statement Friday that the agency is listening to all concerns about the Clean Power Plan before issuing a final rule, which is expected this summer.

“EPA has received more than 3.5 million comments on the proposed Clean Power Plan,” the agency’s statement said. “We will take all comments – including issues related to reliability – into careful consideration as we work toward a final rule.”

“I think there was a misunderstanding about the impacts on Arizona and a miscalculation in terms of the percentage of the whole that coal services,” Bitter Smith said.

The goal for Arizona is a cut of 52 percent in the next 15 years, second-steepest in the country after only Washington state. The bulk of those reductions would have to come in the next five years.

Bitter Smith said Arizona appears to have been subjected to “disparate treatment” by the EPA, noting the high reduction goal and pointing out that the state falls roughly in the middle of states in terms of carbon emissions.

She said the plan would require all Arizona coal-fired plants to close, heavily impacting the reliability of the state’s electrical grid, especially in the summer months when demand is high. That would also leave electricity ratepayers with a lost investment of $3 billion in fairly young coal plants.

Replacing those plants with natural gas brings steep financial and environmental costs, Bitter Smith said, for a fuel that fluctuates in price. She said the plan would also create greater reliance on the Palo Verde nuclear power plant makes the state’s electricity more vulnerable to natural disaster and terrorist attacks.

“I think there was a misunderstanding about the impacts on Arizona and a miscalculation in terms of the percentage of the whole that coal services,” she said. “We do have coal dominant supplies but we also have coal plants that are relatively new and coal plants that already have carbon emissions reductions in place.”

“Our goal is to make sure we can turn the lights on every day at an affordable rate and not end up with rolling blackouts and rules we can’t comply with,” Bitter Smith said.

It’s not the first time an Arizona official has testified against the Clean Power Plan: Arizona Department of Environmental Quality Director Henry Darwin said in January that the proposal would require closing coal-fired plants, and said the state needed more flexibility to meet the goals.

EPA said at the time that it is “not mandating the retirement of any coal plants,” but was leaving those decisions up to state regulators.

“As residents watch this plan unfold, it sounds like it’s very complicated,” Bitter Smith said. “But the bottom line is our goal is to make sure we can turn the lights on every day at an affordable rate and not end up with rolling blackouts and rules we can’t comply with.”