Tesla is making a splash with its new Powerwall battery, and some real estate experts say the industry could experience the ripple, but the effects won’t be widespread immediately.

However, the more homes are built for energy efficiency, the more likely the batter will play prominently, experts say.

The new lithium ion battery allows home and business owners to store solar- or wind-generated energy, whether connected to the grid or not, allowing them to save money on electricity.

Mandalay homes are built to be 50 percent more energy efficient than Energy Star guidelines, and has won numerous awards for their dedication to building green homes.

He said the combination of accessibility, affordability and ease of operation makes the new battery an optimal product in the housing industry.

The battery is wall-mounted, integrated with the local grid and gives customers the ability to draw energy from their own reserve. They are available in 10kWh and 7kWh options for $3,500 and $3000, respectively.

“That is the true innovation — knowing where things are going, jumping ahead of it and making a user-friendly product,” Everson said.

Residential and commercial buildings account for about 40 percent of all energy consumed in this country, according to the U.S. Energy Information Administration. Because of this, the federal government has implemented energy codes to create more efficient buildings with less environmental impact.

Everson said the homes that are built up to at least 2012’s energy codes will see the real benefits of the new technology.

If homes start to go DC, the Tesla battery could see a lot of use, Floyd said.

“Using these batteries would change the whole premise, but not overnight. However, going into the future there could be a paradigm shift similar to how cell phones eliminated land lines and led to a more centralized and independent system,” he said. “If the trend moves in that direction, whether it’s Tesla or any other company, I suspect this could happen over time. But it depends on how efficient house is.”

But Mike Orr, director of the Center for Real Estate Theory and Practice at W. P. Carey School, told Dealmaker Powerwall could be a more difficult sell in Arizona than in other states where financial conditions for solar and home storage batteries are more favorable.

He said solar installation rates have plummeted since December 2014, so the financial case for rooftop solar and battery storage is now unusually weak in Arizona.

“There is a strong market for these battery systems in many places where power is expensive, but at 7kWh they are not large enough or cheap enough to make a good financial case for homeowners in Arizona,” he said. “People may buy some of them anyway, of course, especially if emergency backup for power failure is important to them.” 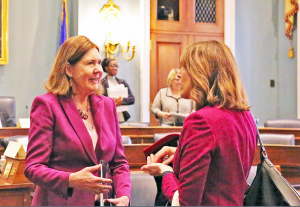 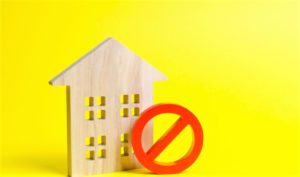 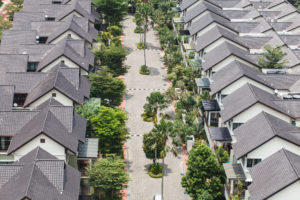