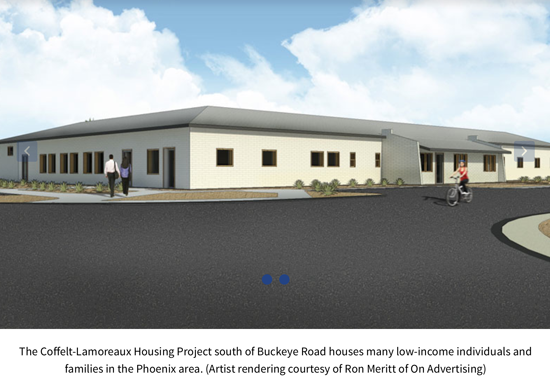 Once in danger of demolition, a housing project in south Phoenix is getting a new lease on life with a $44 million renovation.

The Coffelt-Lamoreaux Housing Project south of Buckeye Road, once build for Korean War veterans, now houses many low-income individuals and families in the Phoenix area.

“Most of the affordable housing we’re able to deelop these days are multi-family buildings,” said Mike Trailor, director of the Arizona Department of Housing. “So this property is unique because there are 300 duplex units on 38 acres.”

Construction workers broke ground on the renovations Wednesday after three years of planning. The units will be gutted and redone with new appliances, flooring, plumbing and more. However, workers will preserve the outside because of the historical status of the buildings.

The Housing Authority of Maricopa County had slated the complex for demolition and had planned to sell it to private investors.

“We didn’t want to see Coffelt demolished, but they were not happy with the current condition of the property,” said Brian Swanton, Arizona market president for Gorman and Company Inc. “The housing authority gets a very small amount of money each year from the federal government to maintain this development, and it’s just woefully inadequate.”

A combination of federal, city, local and private entities helped come up with the $44 million renovation money, which included trust funds and historic tax credits.

The reduced rent housing eligibility is based on a number of qualifications.

For residents like Yolanda Ramirez, the affordability and location are important to her as a mother.

“I need to afford my kids because I don’t have a husband,” Ramirez said.

In late 2012, during the discussion of demolition, the community realized that nearly two thirds of the nearby elementary school students came from the homes.

The elementary school would have been shut down as a result of low enrollment, officials said.

“That would’ve been a complete disaster not just for Coffelt, but for the surrounding community as well,” Swanton said. “So this became (the Board of Supervisors’) top priority redevelopment project, and they asked us to step forward and find a way to recapitalize the development to save it from being demolished.”

The Coffelt-Lamoreaux homes make up the the oldest operational public housing project in Maricopa County. They were developed in 1953 and taken over by the city of Phoenix in 1959.

“As a community, if we can do a better job of providing decent, safe, affordable housing, and we give people opportunities, we become stronger as a community,” Trailor said.

The development will offer residents a health clinic, tutoring, a robotics program and county services like parenting, financial literacy and job training, according to Maricopa County. Officials expect to finish the renovations in 18 months. 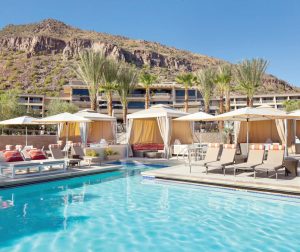 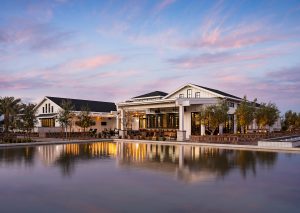