It was January, and I had just watched a discussion on Channel 8’s Journalists Roundtable, where the panel predicted as high as a 70-some percent victory for Prop 123 on May 17. I almost fell out of my chair. If only they were seeing what I was seeing.

Our first poll around the same time told a totally different story. Just 50 percent ‘yes.’ This would be close to the very end, I remember thinking. The electorate was divided – not just on Prop 123, but on the broader discussion about education funding. Voters of both parties – especially in a low turnout special election and in a toxic political climate – were skeptical of pouring more money into anything to do with the government.

Getting voters the facts and explaining the details of a complicated and important policy proposal would be tough, but as we saw this week, not impossible. From our first poll all the way to Election Day, we knew this was going to have to be an aggressive, expensive campaign. A lot was on the line — $3.5 billion in education funding over the next decade, the settlement of a years-long lawsuit, and immediate pay raises for teachers all over the state.

Here’s how we did it.

Despite conventional wisdom, Prop 123 was never a slam dunk. In fact, it never hit higher than in the low 50s in our tracking. It peaked at 53 percent in our April poll. But generally, it always hovered right around 50 percent.

The bottom line is that the race was always close. We knew we wouldn’t just win by chance. And we knew the dynamics of an initiative campaign: It’s a lot harder to get people to ‘yes’ than ‘no.’ If voters are confused, they just say ‘no.’  We always operated under the assumption that the ‘yes’ numbers in our surveys would be what we got, and the “no’s” and “undeciceds” would all ultimately all be ‘no.’

But there were other dynamics at play that stared us in the face and we knew we needed to address.

“Likely voters” in this race differ dramatically from the larger electorate. More than half were over the age of 65. They are more Republican, with an 11-point advantage over Democrats. And they are more Anglo – 82 percent white.

Our universe were hyper partisan, primary-going voters – the very voters animating the unpredictability we are seeing in the presidential campaign. These voters, including Democrats, are extremely skeptical of government, politicians, traditional institutions and whether schools will use these dollars appropriately.  The Donald Trump and Bernie Sanders factors were very much on our mind as this campaign unfolded.

For many, it was a tough sell to spend this amount of money without strings attached. Counter-intuitively, among both Democratic and Republican voters, the idea that the proposal was “bipartisan” and backed by leaders in both parties was reason enough to say “no.”

“It makes me suspicious,” one female Democratic voters said in our March focus group. “If both sides like it, there’s got to be something wrong with it.”  This is the level of distrust that exists right now in the electorate – the negativism is almost unbelievable, and it got worse every month during the campaign.

There has been much speculation about why some people were inclined to vote ‘no.’ Those are interesting theories, but here’s what the actual data and research showed.

‘No’ voters were highly skeptical that money would solve the education problem in Arizona.

One verbatim from a ‘No’ voter in an early poll: “I don’t believe throwing money at a problem is a solution.”

Overwhelmingly, ‘no’ respondents expressed concerns about Common Core, teacher standards and wondered where current funds are being spent. They wanted to know specifically where the money was going to go, and they worried it would be misspent.

Additionally, many voters dismissed claims that Prop 123 would not raise taxes.

They were skeptical, and didn’t want to pay higher taxes without a plan of how the money would be spent.

Among voters with a hesitation to vote ‘yes,’ there were three dominant concerns. In order of prevalence:

That the money would actually be spent as intended. They wanted to make sure it goes directly into the classroom – kids and teachers – not administration.

Worried about a hidden tax increase.

Faced with these realities, the campaign knew we needed to tailor accordingly.

Voters of all stripes wanted some assurances the money would be used appropriately and not wasted.  As time wore on it became clear that we needed to articulate “the consequences of no.”  Almost no one realized that the $9.6 billion dollar state budget that was passed assumed passage of Prop 123.  If Prop 123 lost, that money would go away.  We had to make that clear.

Through social media and phone banking, we targeted messages about the impact in voters’ own schools districts with data from locally approved budgets. We wanted people to know how it would impact their own schools. $3.5 billion is a lot of money, but it’s obtuse. However, if you know your kids’ teacher will get a 5 percent raise, it could make a difference between a ‘yes’ and a ‘no’ on Prop 123.

It did. Our conversion rate increased dramatically as our phone bank poured through tens of thousands of live calls.

Republicans – by far, the largest voting block in the election – wanted to be sure Prop 123 wouldn’t raise taxes. We used direct contact programs with high-propensity Republicans in the mail and phones. We utilized our best conservative surrogates – Governor Ducey and Sheriff Joe – in tele-town halls speaking to the virtues of the plan. An endorsement from Governor Brewer gave Republicans added certainty that this was a plan they could trust.

For Democratic voters, Fred DuVal, Mayor Stanton, and all of the non-partisan education advocacy groups were key supporters. With paid web ads, we ensured their base and their members heard their support for Prop 123. A web video from the Arizona Education Association provided detailed analysis of the proposal through a Democratic lens.

TURNING OUT OTHER VOTERS

We also sought to turn out voters who might not otherwise vote in a special election. Women, independents and less partisan, low propensity voters were critical to our strategy.

These younger, low propensity voters are difficult to reach with traditional TV advertisements alone, or sometimes even with mail and phone calls. So we employed a robust digital strategy that focused heavily on targeting younger women voters.

On Facebook, we cultivated a page audience that was 75% women, predominately between 25-45 years old. And with social media advertisements targeted to voters matched or modeled on data from our target universes, we reached just shy of 1.5 million voters, nearly half of whom engaged with our content over the course of the campaign.

We also served more than 5 million impressions of desktop and mobile banner and video ads targeted to both high-propensity senior citizen voters (just before and during the first few days of early voting) and to moms (who received some early ads and all impressions for the remaining weeks of the campaign). Our TV spots ran online with about 300,000 plays to reach young moms who have “cut the cord” and watch digital content more than TV.

Additionally, we sought to run up the score in several rural counties. In a 50 percent election every vote matters.  We had the resources to run a statewide campaign and we did it.  And the final results show those efforts paid off. Very strong support in places like Pinal, Yuma, Mohave and Apache counties made a significant difference in the final tally.

All told, we made more than 3 million calls and knocked on 27,000 doors. In the final week alone, we called 1.3 million voters. Our data team constantly analyzed the numbers and adjusted.

Had we not targeted and turned out these voters, we would not have won. They were critical to our coalition, even though turning them out in an election they were unlikely to know about or vote in was extremely challenging.

In any election, every vote matters. But in this case, that was particularly true. Faced with strong head winds, voter distrust of government institutions, skepticism about pouring more money into education and a difficult turnout model, our coalition faced the storm and came out on top.

Strong messaging, accurate data and an aggressive turnout effort of non-traditional, non-partisan voters helped bring Prop 123 to victory. We always knew a special election would be riskier and harder than waiting until November. But next month, when schools start to receive new dollars, it will be obvious: It was worth the effort, and the decision paid off to the tune of $3.5 billion. 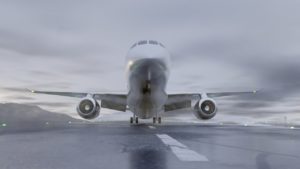 By Mike Sunnucks | Rose Law Group Reporter The City of Scottsdale is considering approving a $479,000 contract for new perimeter fencing at Scottsdale Airport. 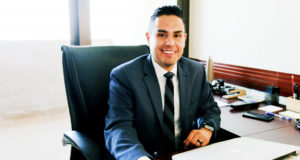 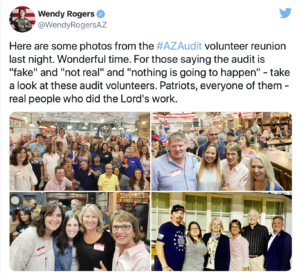 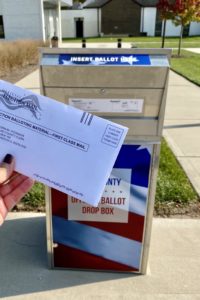 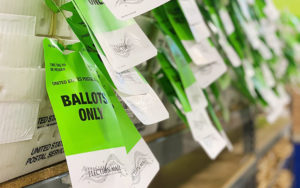 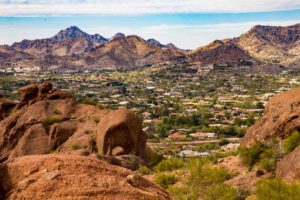 By Melissa Rosequist | Your Valley Maintaining Paradise Valley’s original characteristics and values is at the top of Mayor Jerry Bien-Willner’s priorities.As the Town Council 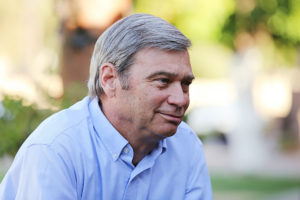 Why is Arizona still electing these offices? The last thing they need is a politician

Robert Robb, long-time columnist Opinion: The attorney general, secretary of state and state treasurer are all running for higher office. Why aren’t these appointed positions?