D-backs new GM: Winning a championship to be ‘at the forefront of what we do every day’

“Ultimately our goal is to win a championship here in Arizona. And that will be at the forefront of what we do every day,” Mike Hazen said.

Hazen, 40, was introduced as the next GM and executive vice president Monday, only two weeks after his predecessor, Dave Stewart, was fired.

“I worked for the Red Sox a long time and there is no better franchise in baseball. You get to go to Fenway Park every day and while I was in there I got to work with three amazing people,” Hazen said.

Because of his versatility, Hazen checked off all the boxes during the interview process with Diamondbacks’ Managing General Partner Ken Kendrick and CEO Derrick Hall.

“Mike’s background is the perfect balance of scouting, player development and analytics, which will all play an important role going forward,” Hall said. “He’s a natural leader, who we feel fortunate to have been able to hire, and we welcome him and his family to Arizona.”

The Diamondbacks are coming off an underwhelming 2016 season losing 93 games and missing the postseason amid great expectations after the signing of pitchers Zack Grienke and trade for Shelby Miller.

The Boston native and optimist sees working for the Diamondbacks as an opportunity to bring success and stability to the organization, especially since the team is one of the youngest teams in the major leagues.

It has also been one of baseball’s most unstable franchises, with a revolving door of general managers and managers in recent years.

“I like the opportunity to try and contribute to bring a championship to another team, another city, another state, in Arizona, but secondly, I think trying to build a sustainable, long-term healthy organization,” Hazen said.

That’s a feat the Diamondbacks have not been able to do since their world championship in 2001.

The youthful roster is full of talent and a promising core that Hazen hope to get to know on a personal level.

The Diamondbacks’ payroll, despite the addition of Grienke’s $206 million contract, is lower than some of the powerhouses in the division, but that does not concern the new general manager.

“I don’t see (payroll) as a limiting factor in any way shape or form or any type of disadvantage. It’s a challenge we are going to have to meet,” Hazen said.

His ideas are what attracted Kendrick and Hall.

“He has an ability to really see a different path, to get us” to the next level, Hall said.

His leadership skills are what both feel is needed.

“He has won championships, he’s been a leader and he will be a leader here,” Kendrick said.

The front office plans to take its time in naming a replacement for fired manager Chip Hale.

“The No 1 thing we are looking for is a leader,’’ said Hazen. “A leader in the clubhouse, a leader from the franchise, a leader in every way possible, so that’s communication, strategy, obviously the ability to manage a game, those core characteristics are so important. The ability to connect with players is critical.” 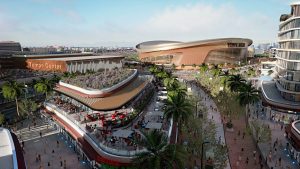 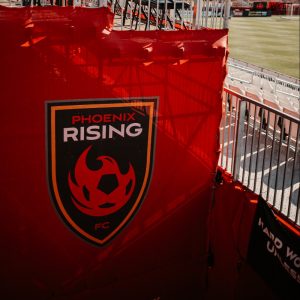 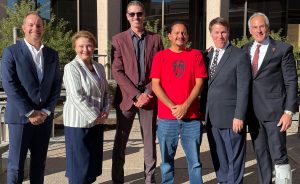 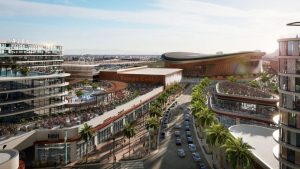 Here is what the Arizona Coyotes want to build in Tempe