Elon Musk warned a gathering of U.S. governors that they need to be concerned about the potential dangers from the rise of artificial intelligence and called for the creation of a regulatory body to guide development of the powerful technology.

Speaking Saturday at the National Governors Association meeting in Rhode Island, the chief executive of electric-car maker Tesla Inc. and rocket-maker Space Exploration Technologies Corp. laid out several worst-case scenarios for AI, saying that the technology will threaten all human jobs and that an AI could even spark a war. “It is the biggest risk that we face as a civilization,” he said.

Mr. Musk has been vocal about his concerns about AI and helped create OpenAI, a nonprofit research group that aims for the safe development of the technology. He suggested to the governors that a regulatory agency needs to be formed to begin gaining insight into fast-moving AI development followed by putting regulations into place. 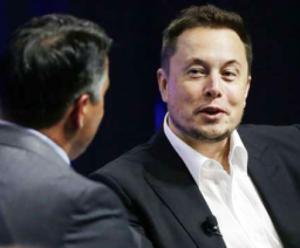 Tesla and SpaceX CEO Elon Musk responds to a question by Nevada Republican Gov. Brian Sandoval during the closing plenary session entitled “Introducing the New Chairs Initiative – Ahead” on the third day of the National Governors.

“Right now the government doesn’t even have insight,” he said. “Once there is awareness people will be extremely afraid, as they should be.”

Proponents of AI say such concerns are premature, given the current state of the technology. Arizona Gov. Doug Ducey, a Republican who noted that he has spent his own career trying to reduce government regulations, questioned Mr. Musk over the suggestion of creating new rules, saying he was unsure what policy makers could do beyond pushing for a slowdown in development.

“I was surprised by your suggestion to bring regulations before we know what we are dealing with,” Mr. Ducey said.

“For sure the companies doing AI—most of them, not mine—will squawk and say this is really going to stop innovation,” Mr. Musk said. But he said he doubted that such a move would cause companies to leave the U.S.

During his talk, Mr. Musk also was asked about the pressures that come from the valuation of Tesla, whose stock has risen more than 50% this year ahead of the introduction of a new sedan. The market capitalization has made Tesla bigger than Ford Motor Co. and, at times, larger than General Motors Co. Those automakers, unlike Tesla, are profitable and sell many more vehicles than the niche luxury brand.

Mr. Musk reiterated that shares of Tesla are trading at a price “higher than we have any right to deserve” and that the high price reflects the optimism of the future of the company, he said.

NEXT ARTICLE →
Notable Photoable: Hiding in the Bushes 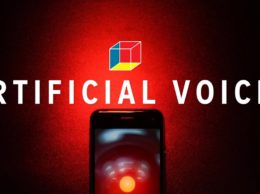 Artificial intelligence can now copy your voice: What does that mean for humans? 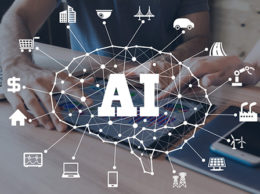 [SUNDAY FEATURE] All rise. The artificially intelligent judge is in the court 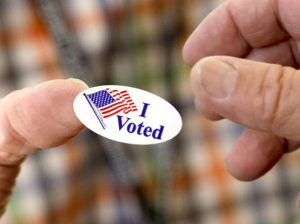