Cool it: From slushy ice to high utility bills, sports in desert can be costly

Going to the rink in shorts and flip -flops is a perk that comes with playing hockey in Arizona. Behind the scenes, however, the heat is a strain on the state’s professional teams, especially from a financial standpoint.

Even though only the Diamondbacks, Mercury and Rising play when temperatures are consistently in triple digits, other Valley pro teams, too, must deal with the trials of maintaining a team, its facilities and the health of athletes in extreme conditionings.

Keeping facilities in top shape is a challenge in a desert environment. The Coyotes canceled Monday’s preseason opener at Gila River Arena against the Los Angeles Kings because of poor ice conditions. Although the team did not state specifics — the announcement came Sunday following a Saturday night concert — maintaining a quality surface can be difficult, said the director of operations for AEG, the company that manages the arena.

“The NHL mandates certain guidelines or parameters. I have to be between 58 and 64 degrees Fahrenheit when the puck drops,” Sean Langer told Cronkite News in July. “Once I go past 64 degrees it starts to affect the ice surface. … If I can keep the building under 64 degrees until the end of the game, then I’ve won. That’s not always an easy thing to do, depending on what’s going on outside.”

Langer pre-cools the arena before every game to between 54 and 56 degrees. He knows the minute doors open, heat will come in from outside and fans’ body heat will become a factor.

“What people don’t understand is that this building is made of concrete and stucco,” Langer said. “Concrete holds heat so it doesn’t matter how cold I get it on the inside of the building. I’m still surrounded by concrete that is holding heat and that heat radiates.”

To combat that radiating heat, Langer takes precautions to maintain a good quality ice surface that has a temperature of 21-22 degrees.

“If you live in a part of the country where obviously it’s not quite as hot, it’s not that difficult,” he said.

One thing that often works to his advantage in Arizona is the lack of humidity. “However, when we have the monsoons in the beginning of hockey season, it’s really difficult because we’re still getting some rain and the humidity is a little higher and we have no dehumidification in this building. So that makes it even more challenging for us. We could have really good ice but then it rains and get warms outside and that makes it difficult.”

Nothing runs on automatic for Langer and his staff. To maintain ideal conditions, constant monitoring is required before and during games.

It is difficult to please everyone. When Langer pushes the temperature lower to appease the athletes and hockey operations, the fans in the arena often complain the temperature is too cold.

“What I’ve learned over the years, and it’s not always an easy thing to do, but I always aim to please hockey ops,” Langer said. “The players are the most important thing.”

Even though he tries his best to appease the athletes that come to play at Gila River Arena, that doesn’t always work out in his favor. Langer, who has worked for both the Carolina Hurricanes in Raleigh, North

Carolina, and the Anaheim Ducks in California, said that he has never been criticized for his ice more than he has been in Arizona.

For the Diamondbacks, the largest source of climate control comes in the form of Chase Field’s closed roof and air conditioning system. The facility has an 8,000-ton cooling system that uses chilled water and is the main source of cooling for more than 30 downtown buildings. This system cools down the ballpark and allows the roof to remain open for longer during the day.

In June, a power outage and pipe leak led to warm temperatures for fans during a Sunday game.

The Valley’s pro soccer team, the Rising, play at a small, open-air stadium near Loop 202 and McKellips Road. It is the team’s first season in the Valley and for many, the first time experiencing Arizona heat. They have learned to adjust, from tweaking practice schedules to addressing fan comfort.

“When you get climate controlled, you can always have a little bit longer of a practice,” said Sam Carter, fitness coach for Phoenix Rising. “So for instance, the guys during the week, if the guys like to do extra work, extra shooting. We know that so that means the main practice might have to be reduced right now. “We can’t do an hour-and-10-minute practice and them stay for another 30 minutes out in the heat. So if we were climate controlled, we could do an hour and 10 and have them stay out, as long as they’re staying hydrated their exhaustion levels wouldn’t reach what they would here out in the heat.”

A climate-controlled stadium is a goal for the team in the future.

As temperatures rise, often so do the costs of maintaining a functioning sports team. Costs for the Rising include water expenses, from misters for fans to water and ice for athletes.

“There’s going to be water supplied at every single break,” Carter said. “In colder places, it’s supplied sometimes every other break or one or two but we try to get everything we need to in under an hour.”

While trainers normally rely on ice baths to help soothe muscles and injuries, additional ice baths are taken during the hotter months as a way to cool athletes down after practice. This increased amount of ice is a cost the organization has to shoulder.

The health and well being of athletes is a priority for teams. Equipment managers and athletic trainers are key to helping and monitoring players.

“The first thing we do with the heat is decide how intense it is and how short we can make practice while getting the intensity that we need,” Carter said. “So the drills might change in length a little bit, obviously, to deal with this amount of heat and then every time we break if the break is long enough, I would say if it’s about a minute we bring it into the shade.”

The main concern of the trainers is the health of the athletes they oversee. There can be added expense to extra monitoring.

“On a biological basis, it affects the players by increased heart rate. It can be up to 20 percent more beats per minute and things like that,” Carter said.

Langer, with Gila River Arena, acknowledged that ice conditions are a huge determining factor when it comes to hockey players’ potential for injury. When ice gets warmer, it gets softer or “slushy.” This softer surface leads to players not being able to maintain edge on their skates and puts them at risk for injury.

To avoid such conditions, Langer stays in constant communication with the Coyotes equipment manager, who is on the bench and can hear from the players what is not satisfactory.

“At the end of the period we’ll touch base with him and if we can make accommodations we will,” Langer said. “Working the ice in the heat is always going to be a challenge. “It’s just up to us to do as much as possible to overcome that challenge.” 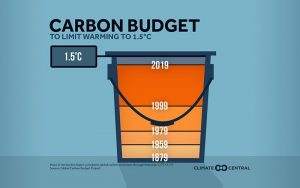 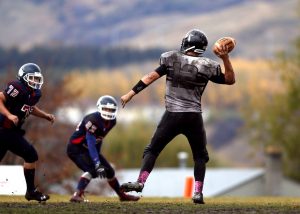 The genius of John Madden

By Bryan Curtis | The Wringer One of the coolest things about John Madden is that he was an academic. It was a brief run, 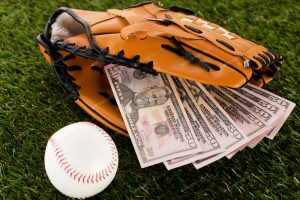 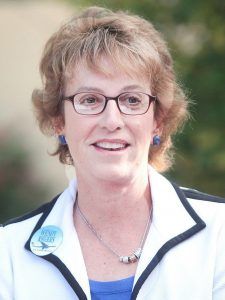 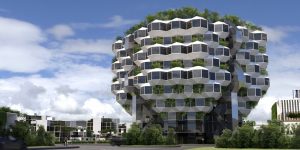