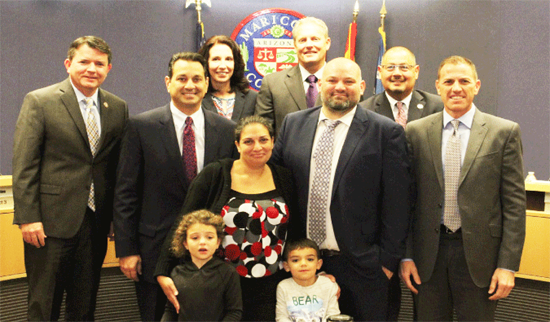 During this week’s Maricopa County Board of Supervisor’s meeting, Maricopa County Public Defender attorney Jamie Jackson (second from right) was recognized for his heroic actions at the October Las Vegas shooting. He helped save the life of a young woman after turning a belt into a tourniquet to help control the bleeding. /Photo from Maricopa County

The Maricopa County Board of Supervisors honored a county employee this week for his heroic actions during the Las Vegas shooting in October.

Maricopa County Public Defender Attorney Jamie Jackson was at a music festival in Las Vegas with his wife, when a gunman opened fire on the crowd.

Jackson said he and his wife dove for cover, and that’s when he saw a young woman with a boot soaked in blood. He asked if anyone had a belt and when someone handed one to him, he used it as a tourniquet to help control the bleeding.

He then picked her up and delivered her to an off-duty police officer who put her in a taxi to the hospital. 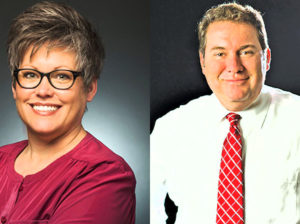