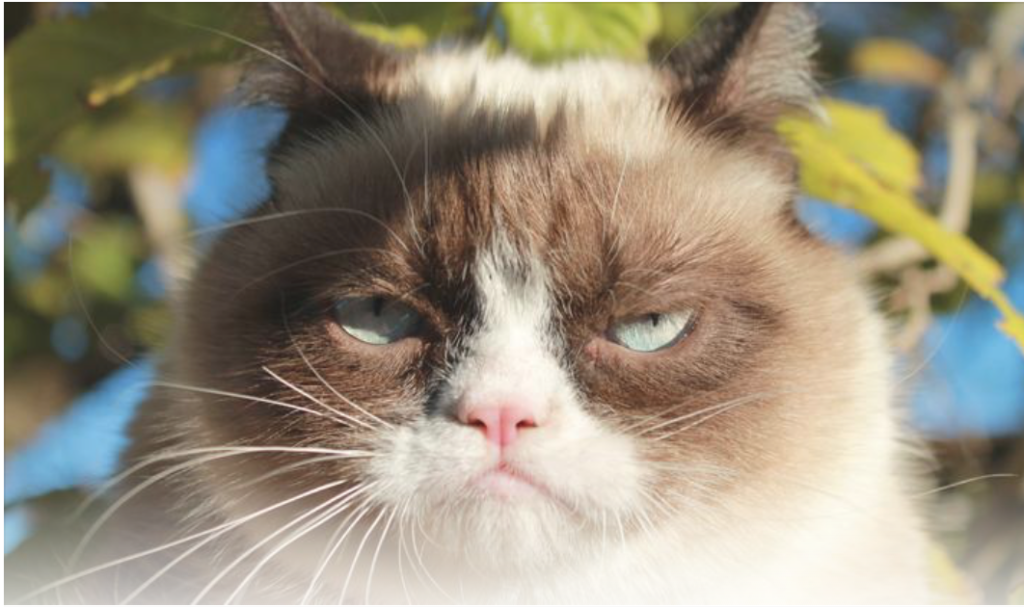 By Garrett Mitchell | The Republic

Grumpy Cat has a reason to turn her permanent frown upside down.

Related: The cat that made me grumpy

On Monday, an eight-person jury in Santa Ana, Calif., awarded the famous scowling feline’s company $710,001 in damages in a copyright infringement case, according to court documents obtained by The Washington Post.

The delightfully dour meme star’s owner, Tabatha Bundesen, of Morristown, Ariz., created Grumpy Cat Limited after her pet went viral in 2012. The brand signed with the Grenade beverage company for a “Grumpy Cat Grumpuccino” iced coffee line in 2013, which later used the cat’s congenital sourpuss expression for other products.

NEXT ARTICLE →
Media prevail in case against Superior Court judge