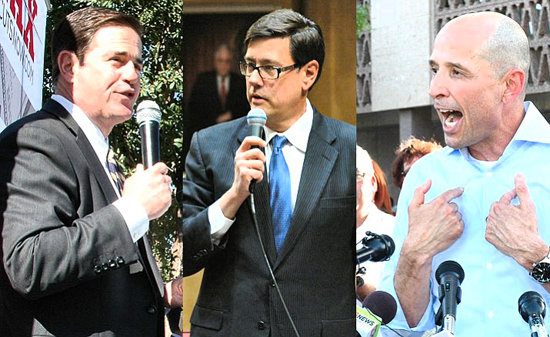 By Yvonne Wingett Sanchez | The Republic

The Farley Report started out as a virtual newsletter sent out every week by a Democratic lawmaker to give his supporters “an inside view” into Arizona politics.

State Sen. Steve Farley has issued the report from his campaign Websites for years, offering on-the-ground dispatches from a political body few of his Tucson constituents will ever see themselves.

The blog-style Website, now hosted on his campaign Website for the Democratic nomination for governor, describes the frenetic pace at the Legislature while bemoaning what Farley thinks are bad ideas by Gov. Doug Ducey and other Republicans.

But the next time people search for the newsletter online, they may be directed to a different version of the Farley Report, one not written by the senator.

On that site, the coverage will be about him.

But it won’t necessarily be positive.