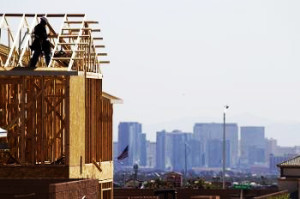 Fewer new homes were in the pipeline in February, as housing starts for combined multifamily and single-family homes plunged 7 percent month over month, the U.S. Commerce Department reports. Housing production for the month was at a seasonally adjusted annual rate of 1.24 million units.

“The fall in housing starts in February is a movement in the wrong direction,” says Lawrence Yun, chief economist for the National Association of REALTORS®. “The key to economic prosperity at this juncture of economic expansion is to produce more new homes. That will help with job creation and reduce the swift price appreciation in several markets.”

NEXT ARTICLE →
Permits rise in January 2018