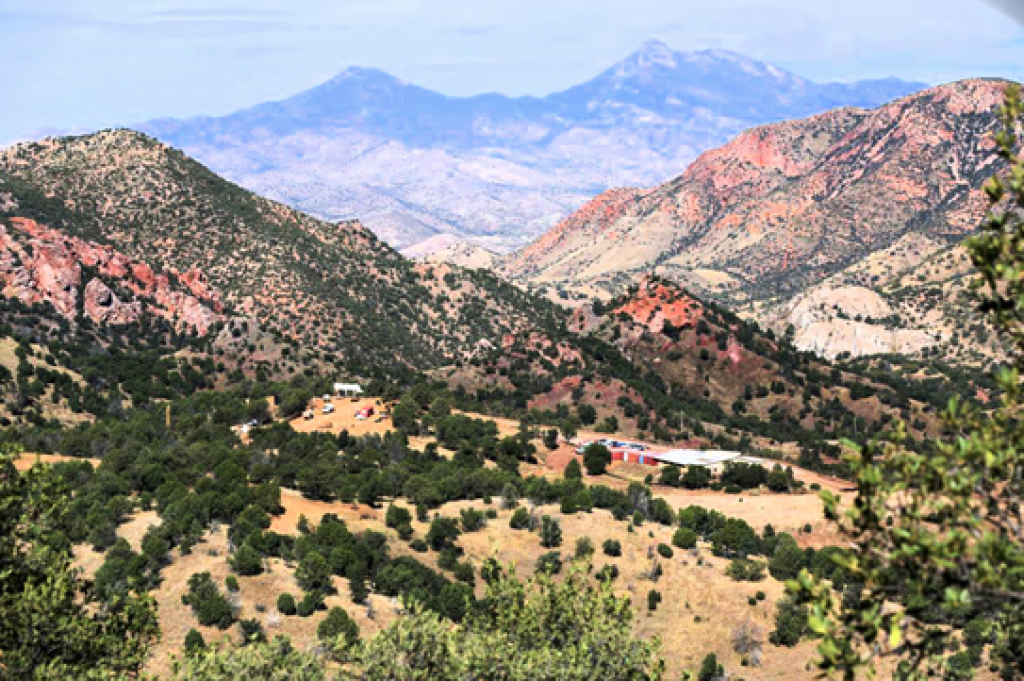 Arizona Mining Inc., a Canadian company, is planning to build an underground mine in the foothills of Red Mountain, about six miles south of the town of Patagonia in Santa Cruz County. /Lucas Waldron for the Arizona Daily Star

A planned “world-class” zinc and lead mine near Patagonia in Santa Cruz County would create several thousand jobs in the depressed area and pump $676 million annually into the state’s economy, according to an economic-impact report released Friday by the mine’s developer.

Over its projected 32-year life, the Hermosa Project mine would add more than $21 billion to the state gross domestic product, says a study by Arizona State University economists commissioned by Arizona Mining Inc.

“You’re talking about decades of injections into the economy,” Lee McPheters, an ASU economist and research professor, said at a press conference.

The mine is expected to have an average of 451 employees over a project lifespan now expected to last until 2049, with a peak of 525 workers, and those jobs will support an average of 3,225 other private, nonfarm jobs, researchers at the L. William Seidman Research Institute and the W.P. Carey School of Business at ASU found.