Shooter case investigators balk at release of details in their report 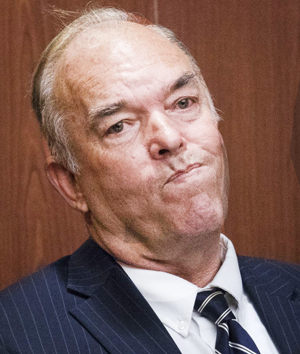 The attorneys who handled the sex harassment investigation that resulted in the ouster of Rep. Don Shooter are balking at his bid to get the full report and all the documents used to prepare it.

Letters obtained by Capitol Media Services show Gregory Falls, who represents the legal team that prepared the investigative report, contends anything that hasn’t already been made public is not subject to disclosure. Falls contends that the documents Shooter wants are protected, whether by attorney-client privilege with the House of Representatives that hired his law firm, or by the idea that the papers represent “work product.”

But Falls said there are other reasons to keep Shooter and his attorney, Kraig Marton, from getting their hands on the documents.

He is accusing Shooter of going on a “fishing expedition” to get information that goes far beyond what the former Yuma lawmaker says he needs to defend himself in a civil lawsuit filed against him by Rep. Michelle Ugenti-Rita. She is one of his alleged victims cited in the investigative report that eventually resulted in the House vote in January to eject him.

NEXT ARTICLE →
Arizonans got 78.3 million robocalls in June, part of a boom nationwide 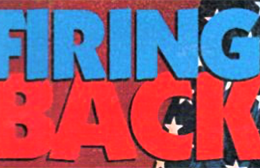 Ducey shoots back at Shooter’s claims of ‘suspicious’ state contracts 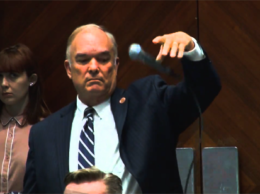 Republicans have one week offer candidates to replace Shooter 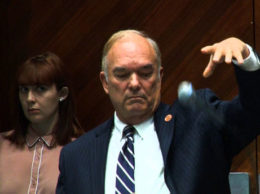