Attorneys for members of the Arizona Corporation Commission told a judge Tuesday he should block a bid by one of the panel’s members to investigate whether financial help they got or are suspected of getting from Arizona Public Service for their elections tainted their vote to allow the company to collect more money from customers. 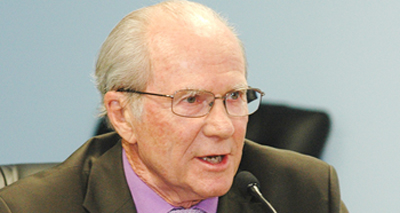 David Cantelme, representing Andy Tobin, said what Bob Burns ultimately wants is a ruling that Tobin and three other commissioners should have been disqualified from approving the rate hike last year.

But Cantelme told Maricopa County Superior Court Judge Daniel Kiley that there is no legal procedure for commissioners to be disqualified from hearing issues, even if they involve parties that have helped them get elected. And if that’s the case, Cantelme said, it’s legally irrelevant even if his client and the other commissioners voted on the APS increase, meaning there’s no reason to allow Burns to investigate.

Bill Richards, representing Burns, responded that it does not matter whether there is no specific law or rule on disqualification of utility regulators.

He said what Burns wants to protect is the constitutional right of “due process” of cases being decided by impartial judges. And in this case, Richards said, the commission was acting in a quasi-judicial capacity.