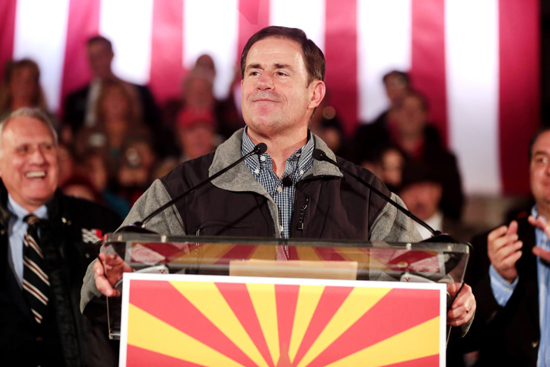 Gov. Doug Ducey said the election is over and the people have spoken, but wouldn’t say whether he believes there was fraud in Arizona’s recently concluded election, a charge that numerous Republicans have made over the past week, though there has been no evidence to support those claims.

Some Republicans began making allegations of election fraud after Democrat Kyrsten Sinema overtook Republican Martha McSally for the lead in the U.S. Senate race on Nov. 8. Those accusations gained intensity after Democrats Katie Hobbs, Kathy Hoffman and Sandra Kennedy took the lead in their races for secretary of state, superintendent of public instruction and Corporation Commission, respectively.

Even President Donald Trump weighed in, taking an accusatory stance and tweeting, “Just out — in Arizona, SIGNATURES DON’T MATCH. Electoral corruption – Call for a new Election? We must protect our Democracy!”