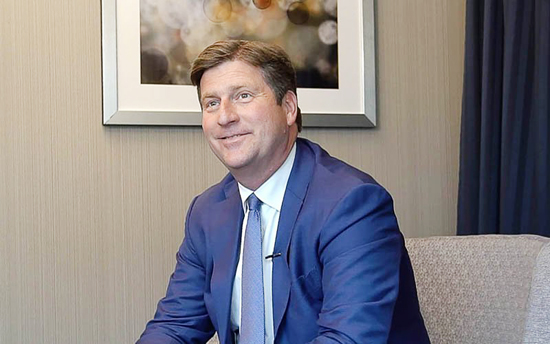 Arizona’s two newest members of Congress joined more than 80 other newly elected House members for freshmen orientation Tuesday, as Democrats prepare to seize control of the lower chamber for the first time in eight years.

Former Phoenix Mayor Greg Stanton and two-time former Rep. Ann Kirkpatrick, both Democrats, are also part of a shift in control of the state’s congressional delegation.

With the election of Democrat Kyrsten Sinema to the Senate, Arizona will be represented by six Democrats and five Republicans in Washington – a gain of one Democratic seat in the House and Senate over the current Congress.

One expert called it evidence that Arizona is transitioning from a “straight Republican” state to a “solid purple state.”

But Stanton on Tuesday said he plans to focus on bipartisanship in his new role in Washington, and is eager to get to work.

He said he recognizes he won in a “competitive district” and a lot of Republicans and independents voted for him. “I’m going to be a bipartisan leader focusing on getting things done,” he said.

But Democrats will have the upper hand in the House for the first time since 2010, with Democrats accounting for 56 of the 87 freshmen scheduled to be on hand for orientation this week and next.

Kirkpatrick, who could not be contacted for comment Tuesday, is a freshman in name only. She was elected in 2008 and defeated after one term, then elected again in 2012, serving for two terms before losing a Senate bid to Sen. John McCain, R-Arizona, in 2016. After being elected from northern Arizona districts before, she was elected this year from the 2nd District in Tucson.

Besides the change in location, however, Arizona pollster Mike Noble said he expects to see little change on issues from Kirkpatrick from her earlier terms in Congress.

Noble also said he expects Stanton to “keep fighting for Arizona,” and focus on education issues, as well continuing to work to attract businesses to the state.

Noble said Arizonans will likely see more candidates positioning themselves toward the center in future elections, in response to a shifting political climate in the state.

“There’s a lot of people in the middle and candidates that can play into the middle and still collect a good amount of people either on the right or on the left have a very good chance of being elected,” said Garcia, director of the Morrison Institute’s Latino Public Policy Center.

And he said it’s already happening, noting that running as an independent and “not bragging of being a Democrat” worked for Sinema.

“I don’t think anybody was thinking early on that the Senate position was going to go to a Democrat in Arizona anytime soon, but I think it’s somewhat of a snapshot or look into the future,” he said.

He said that in that future, as “more and more Latinos become 18 years old, and eligible to vote, Arizona is moving from a red conservative state to become a blue progressive state.”

“We’re talking maybe 10, 12 years down the road,” Garcia said. “But in that time period, Arizona will be very solidly purple.”

The four women who have served on the Supreme Court of the United States. From left to right: Justice Sandra Day O’Connor (Ret.), Justice Sonia 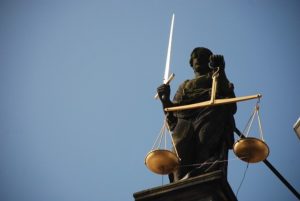 By Cecilia Chan | Gilbert Sun Brewing beneath the idyllic surface of a sought-after community in Gilbert with waterfront homes, an ongoing tug-of-war between free 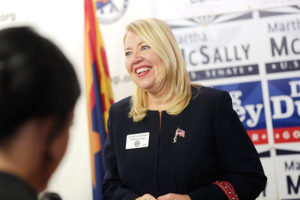 By Ian O’Grady | Arizona Mirror/Ian O’Grady is a Marshall Scholar from Arizona studying Politics at the University of Oxford. (Editor’s note: Opinion pieces are 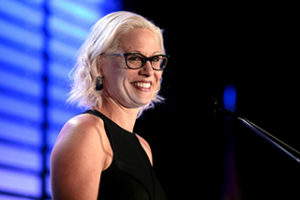 [ANALYSIS] Coming from behind: Post-Election Day gains for Democrat candidates are the norm, not the 2018 exception

By Jeremy Duda | Arizona Mirror The post-Election Day shift toward Democrats that flipped the outcomes of several major races in 2018 wasn’t abnormal. While 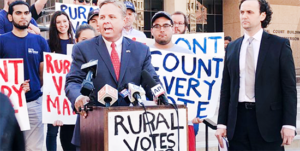 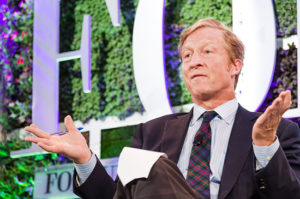 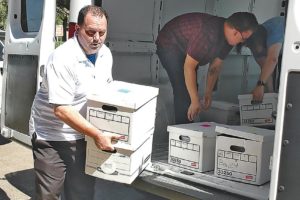 By: Jim Walsh and Wayne Schutsky | East Valley Tribune Although they say they don’t want to trample the will of voters, Mesa, Scottsdale and