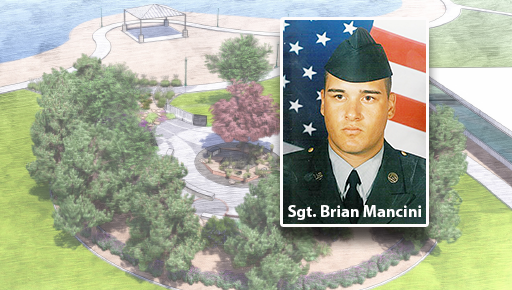 City leaders last night got a glimpse of how the city may memorialize one local hero, whose sacrifice and commitment to service still resonates with resonates with communities across the Valley.

Proposal recommendations from the Honoring an Exceptional Leader Task Force – a panel of citizens and staffers asked to devise a fitting tribute to the late U.S. Army Sgt. Brian Mancini – were presented to the City Council at its Dec. 4 work session at City Hall, 16000 N. Civic Center Plaza.

Mr. Mancini was a combat medic, who served 12 years in the Army, including two tours in Baghdad, Iraq, and earned numerous awards and commendations, including two Purple Hearts, the Combat Action Badge, Air Assault Badge and Flight Medic Badge.

NEXT ARTICLE →
Lost lands? The American wilderness at risk in the Trump era