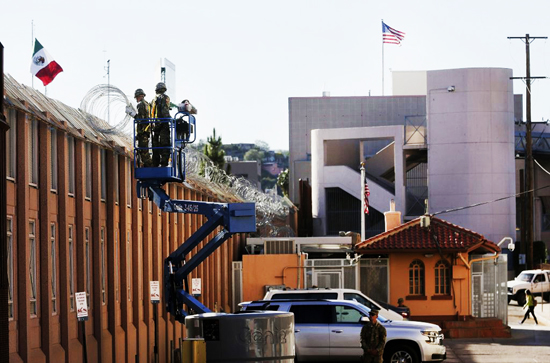 In this Nov. 7, 2018, photo, U.S. Army troops with the 16th Military Police Brigade install concertina wire atop the U.S.-Mexico border near the Morley pedestrian gate just east of the DeConcini Port of Entry in Nogales, Ariz./Mike Christy/Arizona Daily Star

Gov. Doug Ducey said Friday he has no knowledge of Arizona “bracing for a massive surge” of migrants through a “non-walled” part of the border despite a warning by President Trump.

“We’re in constant communication with Homeland Security,” the governor said after being asked about the president’s tweet sent late Thursday night. “We’re working with them right now to understand what the situation is there.”

The president’s tweet also said”WE WILL NOT LET THEM through. Big danger.” And it said “Nancy and Chuck must approve Boarder Security and the Wall,” misspelling the term “border” and referring to Democratic leaders Nancy Pelosi and Chuck Schumer.

But as to its veracity, the governor had no specifics. In fact, he said, all the tweet did was raise more questions in his mind.

← PREVIOUS ARTICLE
Gavin Newsom promised to fix California’s housing crisis. Here’s a bill that would do it. 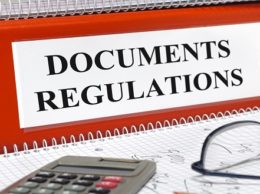 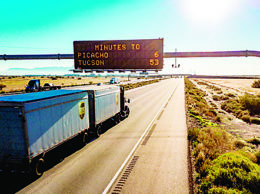 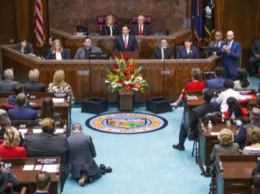 Gov. Ducey seeks to distinguish Arizona as model for others in 2020 State of the State address 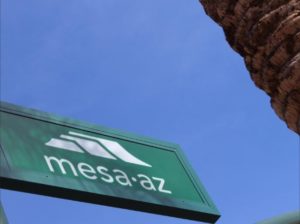