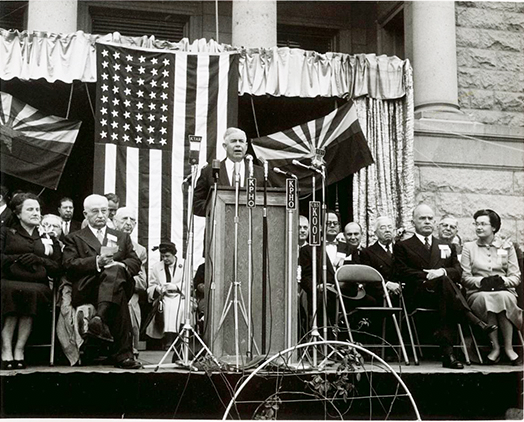 Ernest W. McFarland held posts of U.S. senator, governor and state supreme court chief justice. Born in Oklahoma, McFarland served in the U.S. Navy during World War I and then came to Arizona with just $10 in his pocket./Courtesy UA Press

How does one address a person, who at one time or another, was a U.S. senator, a governor and a state supreme court chief justice?

Chances are if you were to ask author Gary L. Stuart, he might just say, “Call Him Mac,” which is the title of his biography on Ernest W. McFarland, who has held all three positions.

McFarland’s contributions to the country and Arizona are being felt to this day, from a veteran integrating back into civilian life after military service to turning the tap and getting a drink of water in central and Southern Arizona.

A good deal of Stuart’s book, “Call Him Mac: Ernest W. McFarland, the Arizona Years,” explores McFarland’s early life and career, including the personal tragedies he experienced as well as the causes he championed. These tragedies helped shape the man and helped determine “how Mac became Mac,” Stuart said.