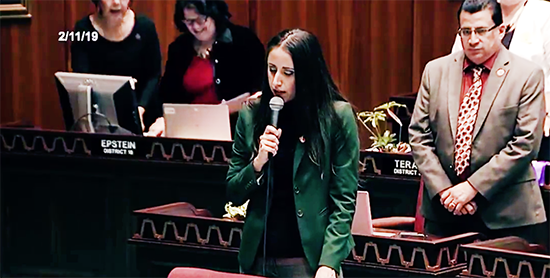 “I rise to protest today because I want to make it clear I have never denigrated another member’s invocation,” Salman said. “Yet for the third year in a row, members of this body have belittled my religious beliefs in ways that are humiliating and uncalled for.”/Screenshot House video

d is in the gallery,’ Kavanagh says

Arizona Representative John Kavanagh mocked another state lawmaker’s secular invocation during the daily floor session on Monday by introducing God as his “guest” for the proceedings. God, Kavanagh said, was in the House gallery, “as he is everywhere.”

Kavanagh’s snarky remarks drew an emotional response the following day from Representative Athena Salman, an atheist legislator who gave a nonreligious speech about nature when it was her turn to deliver the opening prayer on Monday. Without invoking a deity, Salman had asked legislators to reflect on the “wonders of the universe” and the diversity of life on an “insignificant planet in an insignificant galaxy.”

The incident is the latest in a long-running feud between the Legislature’s cohort of the religious right and their secular-minded colleagues like Salman, a Democratic atheist from Tempe.

During a speech on the House floor on Tuesday, Salman, flanked by other Democrats, said Kavanagh denigrated her religious beliefs and violated the House rules by exhibiting “behavior unbecoming of a member.” 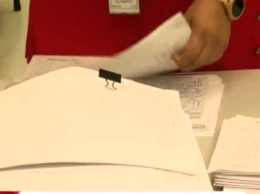