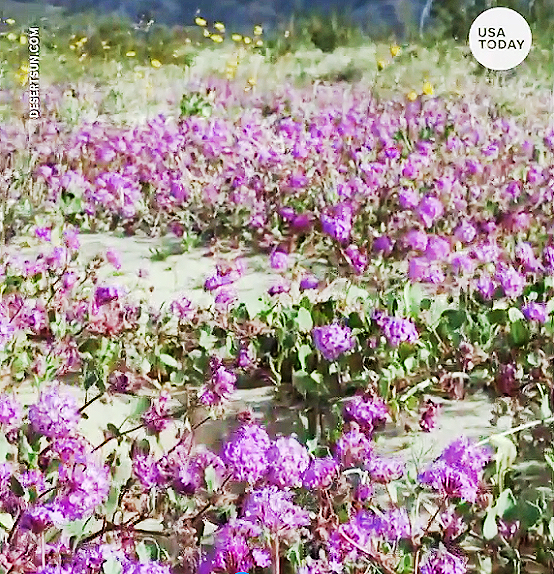 The desert pops with color during a rare super bloom near Palm Springs./USA TODAY.

California is completely drought free for the first time since 2011 as a wet winter winds down, scientists said.

Abnormally dry conditions linger in less than 7 percent of California, the U.S. Drought Monitor said on Thursday, as storms have filled reservoirs, built snow pack and improved soil moisture. The state had experienced some form of drought for 376 consecutive weeks, according to the National Drought Mitigation Center.

Parts of Southern California are drier than normal, the drought monitor said in its weekly report, because of prior years of little rain, but none qualify as having drought conditions. Reservoirs in San Diego County are only at 65 percent capacity.