A cache of documents released by Arizona Public Service on Friday confirm what many political observers have long suspected: The utility giant provided funding to a dark money organization that spent heavily to help a powerful corporation commissioner’s son win his race for secretary of state.

According to the documents, which APS released in response to subpoenas from Commissioners Robert Burns, Boyd Dunn and Sandra Kennedy, APS’s parent company, Pinnacle West, gave nearly $10.7 million to organizations that spent in the races for Corporation Commission in 2014. The Arizona Free Enterprise Club, a conservative advocacy group, was the greatest recipient of the company’s largesse,

The Arizona Free Enterprise Club spent about $450,000 in the 2014 Corporation Commission election, helping to ensure the victories of Tom Forese and Doug Little, who were viewed as APS allies on solar energy and other issues.

But the group also spent $733,000 to aid Justin Pierce in his unsuccessful race for secretary of state.

NEXT ARTICLE →
[REGIONAL NEWS] Colorado’s epic snowfall helps ease drought conditions, but state is not out of the woods 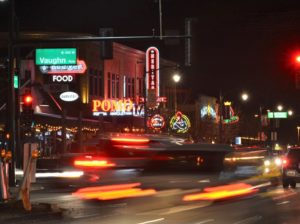