Opinion: Vania Guevara and Betty Guardado belong in Phoenix politics, no matter who wins the May 21 City Council runoff.

Vania Guevara, the Phoenix councilwoman appointed to replace Daniel Valenzuela in the west side, caught the public’s attention – and criticism – over a $10 million deal with the Phoenix Suns.

That agreement, which was part of a necessary $230 million Talking Stick Resort Arena renovation package, is front and center of Guevara’s political fight for the seat she took less than a year ago.

Don’t buy the criticism about her so-called “side deal,” which earmarked $2.6 million to the early-childhood education program Head Start. If anything, Guevara should be praised for looking after the interests of her west Phoenix district.

NEXT ARTICLE →
[REGIONAL NEWS] The lawmaker-landlords of California 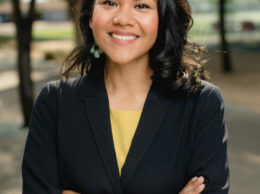