[SUNDAY FEATURE] A look behind the Hollister Ranch gates. Will the public ever access these exclusive beaches?

Tucked off a turn on Highway 101, down an unmarked fork in the road, the elusive gates of Hollister Ranch swung open to a 14,500-acre oasis — described by many as the last vestige of the old California coast.

Andy Mills waved to the guard and, familiar with every bump and turn, navigated his truck around the ranch’s first narrow curve. He braked for a cow that ambled across the pavement. Three more grazed nearby.

“These fellas have the right of way around here,” said Mills, who lives and works on the ranch. “This place is really quite something.”

Here along the rolling hills west of Santa Barbara, where willows line the creek and cattle roam free, the verdant land unfurls to reveal a rugged coastline largely unspoiled by man. Few have stepped their toes in this sand, but those who have say it evokes a feeling so vast — even spiritual — that it must be experienced to be understood.

Thus the dilemma: The beaches abutting Hollister Ranch are special because they are so pristine. They are pristine because of the ranch’s history of being so exclusive. Excluding the public however, goes against the tenet that California’s beaches belong to everyone.

Owners have been on the defensive in the months since they reached a controversial deal with the state Coastal Commission that essentially capped the number of people — and type of people — that could visit these coveted beaches. Advocates have gone to court, and state officials are now vowing to find a way to open a public route through the ranch to the sea.

The stakes are high, the outcome now emblematic of access across all California beaches. But Mills and fellow residents fear the loss of this treasured land — and way of life — that they’ve fought for decades to protect.

← PREVIOUS ARTICLE
The American worth ethic 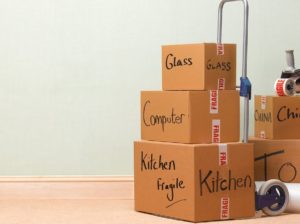