The chairman of the Citizens Clean Elections Commission wants two legislators to apologize for comments they made during a Republican caucus meeting about virtually shooting the head of the commission.

On Monday, Republican members of the Arizona House of Representatives were discussing a bill that would authorize funding for virtual shooting ranges and virtual training simulators for several law enforcement agencies.

The original version of the bill pertained to Clean Elections enforcement. The bill was changed to deal with the police training simulators through what is known as a strike-everything amendment, in which the original bill’s language is replaced with entirely new – and often unrelated – provisions.

After an explanation of the bill, Rep. John Allen, R-Phoenix, joked, “Can we virtually shoot the head of Clean Elections?” Rep. Kevin Payne, R-Peoria, joked that the bill said they could shoot the head of Clean Elections. House Majority Whip Becky Nutt was running the meeting and stepped in to stop her colleagues’ conversation. The Clifton Republican said such comments were inappropriate and urged her fellow lawmakers to stop making them. 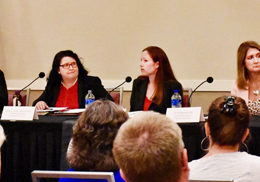 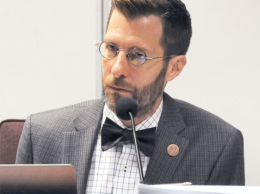