The Town of Fountain Hills has announced the hiring of James Smith to the position of economic development director for the town.

Smith has more than 21 years of municipal government experience, primarily in business/economic development. Most recently with the City of Chandler’s Economic Development Division, he has managed numerous attraction and expansion projects for major corporations. Those projects include new operations for Allstate, Liberty Mutual, Voya Financial and Republic Services.

In addition, he led the city’s efforts related to expansions by Northrop Grumman and NXP Semiconductor, as well as expansion by Rogers Corporation, which included their corporate headquarters relocation to Chandler from Connecticut.

← PREVIOUS ARTICLE
What about our disaster? McSally votes no on bipartisan disaster aid package; passes 85-8 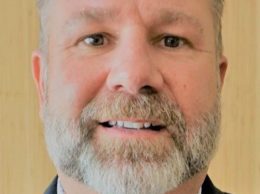