The bill aims to limit the number of questionable medical exemptions, which have been on the rise in California

THE CALIFORNIA STATESenate advanced a bill that would allow the state’s health department to review and reject medical exemptions granted by doctors for vaccinations.

The controversial Senate Bill 276 passed the Senate Wednesday 24-10 with four abstentions. All Senate Republicans voted No for the bill, and it is now headed to the state Assembly.

Although California has some of the strictest school vaccination rules, children can be exempted from mandatory vaccinations if a doctor says there is a medical reason the child should not receive a shot. However, experts say medical professionals are being too broad in giving medical exemptions, including conditions such as asthma and diabetes.

← PREVIOUS ARTICLE
She had stage 4 lung cancer, and a mountain to climb 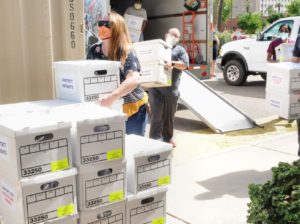 Healthcare reform backers file petitions to get on Arizona ballot