State utility regulators ratcheted up their demand for answers from the head of Arizona Public Service late Friday with a list of 67 questions.

And they have some sharp queries about how the utility handled the case of a 72-year-old Sun City West woman who was found dead in her home last year after the company cut off her power.

In a formal request, all five members of the Arizona Corporation Commission said they have set aside the afternoon of Aug. 7 for Don Brandt to explain to them the policies that “contributed to the deaths of … APS ratepayers.” They also told Brandt he can bring along “appropriate APS executives and employees to assist you in your responses.”

At this point, though, company officials have said no decision has been made whether Brandt himself will testify.

But several of the commissioners already have made it clear they want to hear from him and not his underlings, specifically as it relates to company practices and procedures. 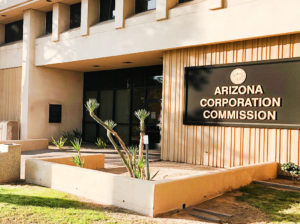