Karrin Taylor Robson, a developer and prominent Republican donor, might run for governor in 2022.

Robson told the Arizona Mirror that she’s had a lot of people urge her run. She said she wouldn’t go as far as to say she’s considering it, but conceded that she hasn’t ruled it out.

“I’d like to keep all my options open as I wind my way through life,” she said

Robson is a member of the Arizona Board of Regents, and is the founder and president of Arizona Strategies, a land-use strategy company based in Phoenix. She was previously the executive vice president for development company DMB Associates, and was a land-use, zoning and development attorney with the law firm Biskind, Hunt & Taylor. After leaving DMB in early 2016, she formed a consulting company and served as DMB’s lobbyist at the state Capitol until May 2019. 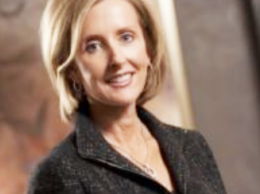