Several projects are in the works around the Valley

Now that Rebecca Lundberg has been promoted to division president of PulteGroup Inc.’s Arizona operations, she has big plans for growth in Arizona, where she oversees 240 people.

“We’ve spent over $30 million acquiring almost 500 lots in the fourth quarter of 2018 and the first quarter of 2019,” said Lundberg, who most recently served as vice president of operations for the Atlanta-based homebuilder’s Northern California division. 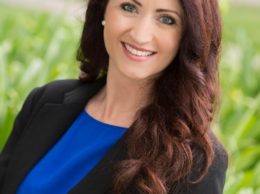