Becca Longo has for years proved that gender norms can be challenged, even in football. In 2017, she made history by being the first woman to break a critical glass ceiling, signaling a greater acceptance of female players in football. Becca currently lives in Alamosa, CO., a small town of 10,000 people located about four hours south of Denver, where she plays for Adams State University. However, the journey to where she is today wasn’t easy. How did she get there?

Sports have been part of Becca’s life since the very beginning. She was born in 1999 to a family of athletes and took after her other family members by displaying a natural knack for sports. By the age of four, for example, she was on water skis. By the age of nine, she was kicking soccer balls accurately in goals. Her natural athleticism, coupled with the supportive atmosphere she was raised in, nurtured her development as a sportswoman. 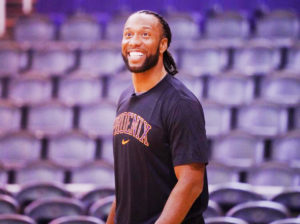