A video posted to TuSimple’s YouTube page shows one of its trucks driving in heavy rain in Tucson in October 2018.

Tech startup TuSimple has been carrying mail in autonomous semi-trucks between Phoenix and Tucson for “several weeks” with little fanfare.

Since May the autonomous trucks have been making the 115 mile journey on Interstate 10. On Aug. 15, UPS’s venture capital arm announced it was making an investment in the company, tech news website Gizmodo reported yesterday.

TuSimple and UPS are testing what is called “Level 4” autonomous technology, meaning that the truck’s on-board computer is in control during the entire drive.

However, current federal laws require that people are in the truck at all times, so the trucks have a driver and an engineer in them while on Arizona roads.

NEXT ARTICLE →
Tempe streetcar construction wraps for the season 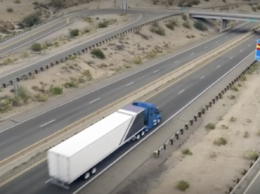 Anyone notice driverless trucks on the highway? 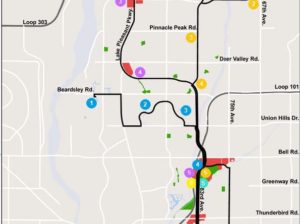