The regional housing market is not taking a summer vacation after its slow start to 2019.

Belfiore latest regional housing data shows the market has not cooled in the traditionally slower and hotter summer months. That manifested after a slow start for 2019 new home sales.

“I think it’s astounding. I think it’s a late reversal,” said Belfiore of continued summer home sales. “Now we’re rolling later into summer than we naturally have in the past.”

But Belfiore notes that in May year-to-date homes sales were down 12 percent compared to a year ago.

“We are a three-year low. We are very near historic lows,” Belfiore said of the current mortgage rates.

The mid-June to mid-July 20 percent sales increase year-over-year comes after a 16 percent year-over-year gain between mid-May and mid-June, according to Belfiore.

He is optimistic for the Phoenix region housing market for the second half of 2019. That is a bit of a reversal for the national housing outlook. Some other markets across the U.S. have seen sales volume slow.

“I would expect continued strength through the second half of the year,” Belfiore said of his Phoenix regional outlook.

NEXT ARTICLE →
Southwest Valley ranks No. 1 in the nation for industrial prospects 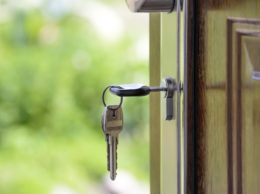