Arizona businesses were mostly spared from serious water cuts as Lake Mead levels held steady, according to a government report released this week.

A wetter-than-normal winter and a drought contingency plan agreed to by Colorado River Water users kept levels at the lake from dropping, according to a U.S. Bureau of Reclamation 24-month study report issued Thursday. The lake is the primary reservoir for Arizona, California and Nevada.

The report found water levels at Lake Mead were at 1,083 feet, according the report. That meant Arizona will lose about 192,000 acre-feet of water. The reduction, part of the drought contingency plan passed by states and the federal government earlier this year, is designed to preserve water in Lake Mead.

The reduction will make a small dent in Arizona’s annual 2.8 million acre-foot Colorado River water allotment, but its impacts should be limited primarily to agriculture, experts say.

“Overall, generally, this is good news,” said Tedd Kowalski, senior program officer of the Colorado River Initiative at the Walton Family Foundation. “It’s not as big a cut, and now we have some time to solve some of the issues with the lower basin.” 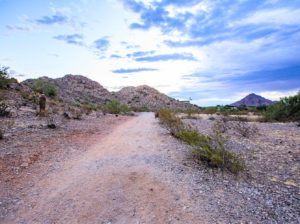