The Southern Arizona congressional delegation split along party lines over the shift of $3.6 billion in Pentagon funding from constructing military projects to the border wall.

Reps. Raúl Grijalva, Ann Kirkpatrick, and Tom O’Halleran — all Democrats — denounced the decision. They say it delays a $30 million project at Fort Huachuca, one of 127 military projects nationwide now labeled as “deferred.”

The fort’s ground transportation building project is designed to house military trucks, vans, trailers, and vital electronic equipment. Much of that equipment is now stored outside.

“I have seen the Ground Transportation Building at the Fort, and it desperately needed this funding for restoration and repairs, in fact, the funding is long overdue,” said Kirkpatrick.

Kirkpatrick said the announcement by the Pentagon reeks of politics.

“Congress is usually involved in approving the reallocation of military funds, but not this time, all because the president cried wolf in the name of ‘national emergency,’ Kirkpatrick said. “This wall is nothing but an ego-vanity project for the president; it’s a political chant for his base; it is not a national emergency barrier.”

← PREVIOUS ARTICLE
Guest Column: Why I Support Bonds For Scottsdale’s Infrastructure This Time 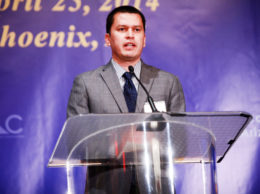 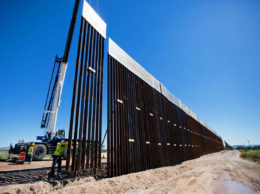 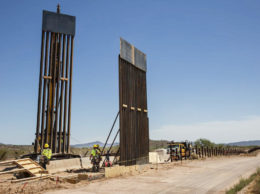