How well does Arizona law protect your online privacy?

Just about every other day, another data breach seems to be reported or another story comes out about an app that shares intrusive information about our personal lives to companies for personal gain, but what does Arizona do to help protect the online privacy of its residents?

Arizona’s constitution has some protections inherently built into it.

“No person shall be disturbed in his private affairs,” the constitution says under the Right to Privacy section.

The provision is written in a much broader way than in the U.S. Constitution, which alludes to a right to privacy in the First, Third, Fourth and Fifth amendments. That broadness in the Arizona Constitution is helpful to residents of the state, said local attorney Marc Lamber.

Arizona Attorney General Mark Brnovich earlier this year told Capitol Media Services that Arizona residents “have that right to privacy that provides us more protection than the Fourth Amendment does.”

However, he noted that it hasn’t been settled by the courts just how broadly that part of the Arizona Constitution can be interpreted, and said lawmakers can set limits on it.

NEXT ARTICLE →
2019’s states most vulnerable to identity theft, fraud 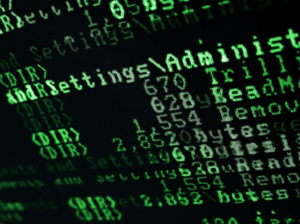 Arizona has lost $1B from data breaches since 2005