Supporters of a ballot measure proposed by a new advocacy group in Arizona claim it will make health care more accessible by holding providers to new standards, but health care leaders in the state are having none of it.

“This package of improvements will fix a number of major problems in our state’s health care system to ensure that everyone can get the affordable coverage and safe care they need,” said Jenny David, registered nurse and chair of the ballot committee running the initiative, Arizonans Fed Up with Failing Healthcare. “These are sensible, important changes that we need to protect ourselves and ensure quality care.”

“This proposal by a California-based union is the beginning of the effort to replace our quality health care provider workforce with a government-run system in Arizona,” said Jennifer Carusetta, executive director of the Health System Alliance of Arizona. “It will undoubtedly raise health care costs and threaten access to quality care for Arizona residents.”

According to the Arizona Hospital and Healthcare Association, the measure would increase patient costs across the board; mandate an increase in health care workers’ salaries regardless of performance; and claim responsibility for improvements already being made by the federal government, the state and local health care providers.

SEIU-UHW backed an initiative in 2016 to put strict limits on the compensation of hospital executives, but the proposed measure never made the ballot after the labor union was unable to secure enough valid petition signatures.

“This California-based union, famous for picketing hospitals, is asking Arizonans to vote for an initiative that won’t improve their health care and will end up costing them more,” said Ann-Marie Alameddin, president and CEO of AzHHA. “Moreover, it has a track record of using ballot initiatives not to improve health care in Arizona but to leverage its bargaining position with California hospitals.”

Arizona hospitals directly employ nearly 90,000 Arizonans and support another 120,000 jobs in the state, according to the American Hospital Association. Hospitals are often the largest employers in their respective communities, paying competitive salaries and benefits.

“Arizona has internationally renowned hospitals and specialty providers that serve our residents with the world’s best care,” said Carusetta of the HSAA. “They are on the cutting edge of medicine and helping to save the lives of thousands of Arizonans every day.”

The average wage of a full-time employee at an Arizona hospital was more than $75,000 in 2018, according to the Arizona Department of Health Services. That’s 52 percent more than the average Arizona wage of $49,290, based on data from the U.S. Bureau of Labor Statistics.

Healthcare Rising Arizona wrote in a release that the ballot initiative is designed to reduce deaths and lower costs, allowing hospitals to focus on improving patient care, but Carusetta said the move is just posturing by an organization that wants to increase its involvement in Arizona.

“[The ballot initiative] is another reckless attempt by out-of-state organized labor to harm one of the brightest industry segments and largest economic drivers in the state,” Carusetta said. “This is not about improving the health care system; this is just pure union politics.”

← PREVIOUS ARTICLE
[SUNDAY FEATURE] Working Americans are getting less sleep, especially those who save our lives 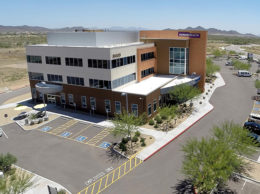 Here’s where healthcare construction is booming in Arizona 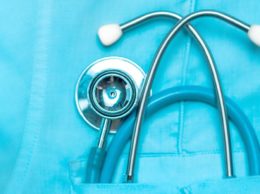 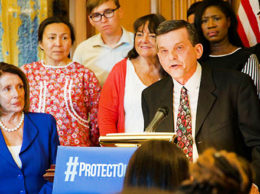 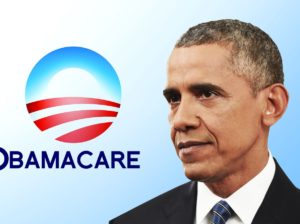