Making marijuana legal for anyone 21 and older in New Mexico is now in the hands of our elected officials, after a governor-appointed work group finished drafting its recommendations for what a recreational marijuana program would look like.

“In other states, the the recreational program just cannibalizes medical, and patients lose access because there’s a lot more money to be made on adult use,” said Pat Davis, the chairman of the Governor’s work group on recreational marijuana. “We’re saying, you can’t even go to adult use unless you take care of your medical patients first and if there’s ever a shortage, patients are first in line and that’s because for them, it’s medicine; it’s not something fun to do on a Friday afternoon after work.”

Tax revenue from recreational sales in the first year will be more than $60 million, according to the report. 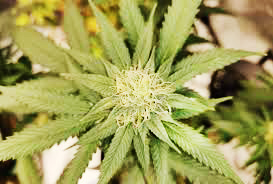