A former Coronado National Forest supervisor says his experience with the Rosemont Mine shows it’s time to overhaul the 1872 Mining Law.

Without that law — which opened the West to mining with no federal royalties and little environmental oversight — there’s a reasonable chance the Rosemont proposal would have been scaled back, reshaped or even killed, said former forest supervisor Jim Upchurch.

As supervisor from 2010 to 2015, Upchurch oversaw many of the key steps leading to the Forest Service’s approval of the mine. He supervised preparation of the mine’s draft and final environmental impact statements in 2011 and 2013 and issued a draft decision approving the mine in 2013.

Later, as a deputy Southwestern regional forester in Albuquerque after leaving the Coronado, he also was involved in preparing the 2017 final Rosemont decision. It was written by current Forest Supervisor Kerwin Dewberry.

Retired from the service since January 2018, Upchurch said in a recent interview that while he ultimately concluded that the mine proposal would meet all applicable laws — a finding recently overturned by a federal judge — he was frustrated that the mining law sharply limited his flexibility in making decisions on the project. 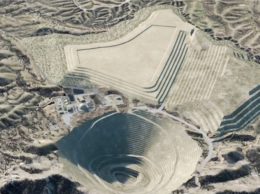 [SUNDAY FEATURE] In Arizona’s Santa Rita Mountains, plans for the giant Rosemont mine have unleashed a battle 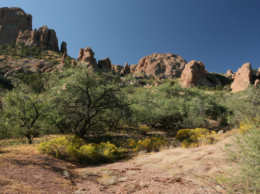