Arizona is home to four of the 40 most miserable fan bases in sports, according to ESPN’s rankings.

Phoenix Suns fans “lead” the list of Arizona fans mired in misery, coming in as the No. 12 most miserable fan base among all 123 major professional sports fan bases.

Suns fans, who get to see their team tip-off its season on Wednesday, are the second-most miserable fans in the NBA, according to the rankings.

The Diamondbacks evidently have the least miserable major sports fan base in Arizona.

NEXT ARTICLE →
[OPINION] The Phoenix Suns are the best story in Arizona, and we’re not just talking sports

← PREVIOUS ARTICLE
[OPINION] As Astros collapse in Game 2, special season on verge of being wasted 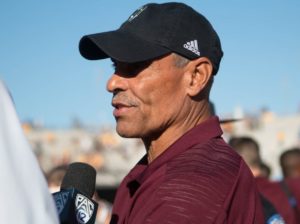