Aerospace giant Boeing Co. is planning to land manned space capsules being developed for NASA on a vast dry lakebed near Willcox.

Boeing officials briefed the Cochise County Board of Supervisors Tuesday morning on its plan to land the Starliner capsule on a site owned by the U.S. Army and the state, roughly in the center of Willcox Playa.

NASA awarded Boeing a $4.2 billion contract in 2014 to develop and build Starliner crew capsules under its Commercial Crew Transportation Capability program, part of an effort launched in 2010 to spur private-sector space transportation as NASA retired its last space shuttle.

Boeing plans to conduct a test flight of an unmanned Starliner capsule Dec. 17 and its first crewed flight next spring, the company said in a presentation to the Cochise supervisors.

A public meeting on the landing site is scheduled for 6 p.m. Wednesday, Nov. 13, at the Willcox Community Center, 312 W. Stewart St.

NEXT ARTICLE →
You know your dog loves you. Now an ASU psychologist says he has scientific proof 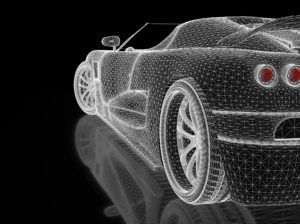