(PHOENIX & NEW YORK) — Americano! — a groundbreaking, true-story musical on the life of a Dreamer debuting in Phoenix in January— has launched new billboards in New York’s Times Square.

The Americano! billboards are being seen on two of Times Square’s most iconic sign locations— the Nasdaq sign, the world’s most famous billboard and the Thomson Reuters sign both of which are the cornerstones of the New Year’s Eve Ball Drop. They are owned by Branded Cities. The promotion and marketing of Americano! in the home of Broadway is unique and unprecedented for an Arizona-based musical.

The musical is the true story of Tony Valdovinos and could be one of the most important and impactful American theatrical works of 2020. The production hopes to go to other U.S. cities following the initial run in Arizona.

Tony is a DREAMer. His parents brought him to the United States from Mexico when he was 2 years old. Tony did not know that until his 18th birthday when the Camelback High School graduate tried to fulfill his childhood dream of serving his country by joining the U.S. Marine Corps.

Valdovinos’ story is one of thousands of stories of Dreamers brought to America by their families at young ages. The U.S. Supreme Court heard arguments November 12th on the fate of the Deferred Action for Childhood Arrivals (DACA) program and President Donald Trump’s bid to end the program protecting Tony and other Dreamers from deportation.

The musical was co-written by Michael Barnard, The Phoenix Theatre Company’s Artistic Director and San Diego-based Jonathan Rosenberg. The production’s creative team also includes award-winning author and former New York Times Bureau Chief Fernanda Santos and critically acclaimed, Austin-based singer-songwriter Carrie Rodriguez who is the show’s composer. It is Rodriguez’s first foray with a musical. Sergio Mendoza, a member of the band Calexico, is the shows’ arranger. The cast of Americano! is 85 percent Latino.

Tickets for Americano! are on sale at www.phoenixtheatre.com. Shows take place in the Company’s 378-seat Mainstage Theatre, January 29 – February 23 with the World Premiere on January 31.Also visit AmericanoTheMusical.com for more information.

NEXT ARTICLE →
Tony Valdovinos: What it means to be a Dreamer and American 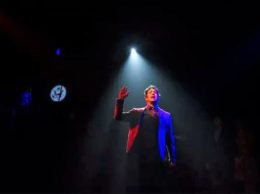 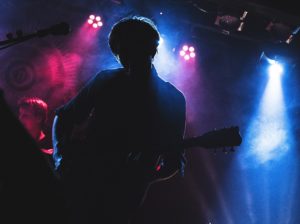