Phoenix residents a year ago overwhelming passed a “dark money ordinance” requiring outside groups that spend money to influence city elections to disclose the names of donors who give more than $1,000.

But the ordinance has yet go into effect.

The Governor’s Office held the ordinance up in a legal review for eight months – and political groups took advantage of the lack of regulation during a contentious spring mayoral election.

Gov. Doug Ducey signed off on the ordinance in July. But since then, the Phoenix City Council has yet to hold its final vote on the matter.

The council has filed for continuances on the dark money ordinance five separate times since September.

What is ‘dark money?’ 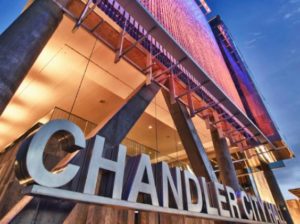